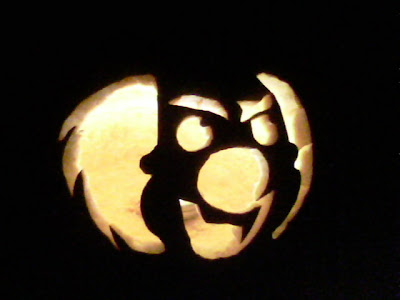 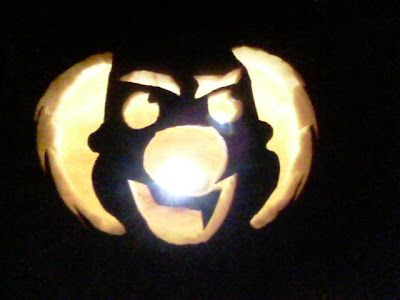 Posted by Mary Kirkland at 4:35 AM 0 comments

Sharing Smiley360 Mission: I signed up for Smiley360! http://smiley360.com *Please remember the FTC requires you to mention that you received a free sample courtesy of Smiley360 when sharing.
Posted by Mary Kirkland at 2:35 PM 0 comments

My brother in law is going home today!

Here's a little bit of the article...

After four years in the hospital, Mike Stanzione is going home.

A rare disease left him dependent on a ventilator, barely able to walk and in need of constant medical care. He was told over and over again he had no chance of leaving Bergen Regional Medical Center and getting home to his wife and young son.

Yet the 53-year-old refused to give up.

Armed with his cellphone and laptop, he found a doctor willing to try a groundbreaking surgery. It required a harrowing ride to Florida and back and a painful recovery and rehab.

And today, he'll finally rejoin his family at his Saddle Brook home, where friends and neighbors are expected to be on hand to welcome him back.

"I'm happy I didn't give up," Stanzione said. "I just wasn't going to accept being on a vent and in the hospital for the rest of my life — I heard about the diaphragm pacemaker and went after it."

Stanzione has Pompe disease, an often fatal genetic illness that causes degeneration of muscles, including those that control the diaphragm for breathing. He is the first Pompe patient to get a diaphragm pacemaker, which stimulates the muscles and nerves in his chest so he can breathe periodically — sometimes for hours — without a ventilator.

It was the ventilator that shackled him for years to a hospital room at Bergen Regional in Paramus. The machine requires a medical professional be on hand around the clock in the event it malfunctions or the patient needs assistance.

Stanzione's insurance company, Aetna, and Medicaid and Medicare refused to cover home health care costs. It appeared the former computer programmer would have to spend the rest of his life in a long-term-care facility.

Birthdays, holidays and seasons came and went. His son, Brian, who was 4 when Stanzione was first hospitalized, is now 8. They used Skype daily and tossed a ball on weekend visits at the hospital, but it didn't come close to watching his son grow and change every day.

"The hardest part has been being away from Brian," Stanzione said. "I missed so much. I just want to be home with him — I used to read to him every night, now he can read to me."

His wife, Debbie, admitted she and Brian had resigned themselves to the idea that her husband would spend the rest of his life in a hospital room.

"I never admitted it to him, but after a while we really didn't think he'd ever be able to come home," Debbie Stanzione said. "It was hardest on Brian — he's had his hopes dashed so many times."

But Mike Stanzione refused to accept that this would be his life. He had once been an active husband who played ball on weekends with his friends. He searched for a way home.

Posted by Mary Kirkland at 4:00 AM 2 comments 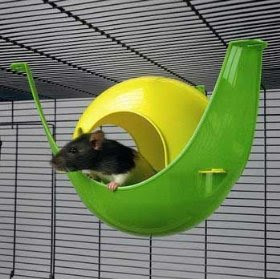 When I first brought my 4 boys home I thought I had all the accessories I would need for them. I bought an igloo that they refused to use for sleeping, they used it for food storage so we dubbed it "The refrigerator". I also bought them a stuffed Alligator which was supposed to be a hidie place to snuggle into the middle of, but they tore it to shreds in less than a day.

Then I bought a Lixit Critter Space Pod 2 Large and they fought over who was going to get to be inside it. I hung it from the top of the cage as it states you can and at first I was really scared it would come crashing down but it didn't, it stayed put. My 4 male rats were always trying to squeeze themselves into the Space Pod so I decided to buy another one for them and I bought it from Companion Caterers on Amazon. They have a wide selection of toys, food, treats and other accessories for your pets and they shipped my box out to me really fast, which I really liked.

Companion Caterers prices are comparable with others who sell some of the same things on amazon but knowing I can get fast shipping and nice customer service if I need it, has made me a customer when I am looking for things for my 4 boys.

Posted by Mary Kirkland at 2:25 AM 1 comments 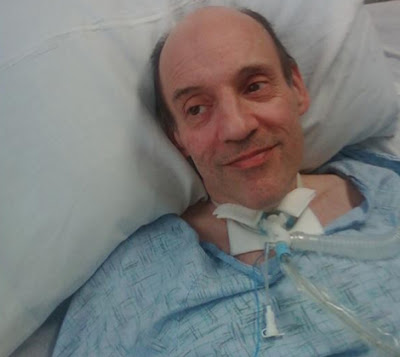 Posted by Mary Kirkland at 4:20 AM 9 comments 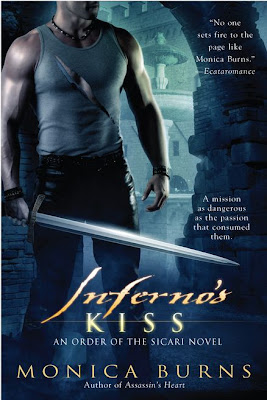 The rules of battle...
Cleo prefers working alone--until she meets Dante who shares her goal: to destroy a Praetorian stronghold where Sicari women are imprisoned for devious purposes. Bringing the mission off without a hitch pumps up more than their resolve. It sets off a sexual spark too combustible to ignore.

Are all made to be broken.

As their attraction flares like an inferno, the stakes are raised. So are the risks. Before the mission is over, Dante and Cleo will be plunged into a dangerous conspiracy where a traitor threatens the very foundation of the Order, as well as the fiery bond between Dante and Cleo--warriors and lovers now torn between duty and desire.

My Review:
Inferno's Kiss is the 3rd book in the Order of the Sicari series and brought all the questions left unanswered from the first two books to a close. To see what happens with Atia and Marcus, characters from the first two books was really exciting and something I had really been looking forward to. I loved their characters and their relationship was so heartbreaking because of the things they've had to endure.

Then there's Cleo and Dante, who bring a whole new meaning to the term "Virginal". Cleo meets a man who is one step away from being the newly appointed Sicari Lord and who has taken an oath of abstinence. That's right, he's a powerful, intimidating, intense...and a virgin! How could it get any better? Well, there's also family secrets, long lost family members who meet for the first time, reincarnation, magical scrolls that need to be deciphered and an adventure that spans several life times.

Inferno's Kiss was a thrill ride well worth waiting for. Dante feels things for Cleo he never knew he could feel and Cleo can't help but to fantasize about the things she would love to do with him if she can ever get him to stop running away from her.

Marcus and Atia have a lot to over come because of all the lies and betrayal they each feel, but when they come together and see how good it can be again and the fact that their blood bond has never really been broken, makes you believe in true love.

Cleo is probably my favorite character in this whole series, I used to think it was Lysander but after reading the heartache Cleo went through after losing her unborn child and feeling like an outcast because she doesn't posses powers like other Sicari and that fact is even more pronounced after finding out who her parents are. If anyone should have strong sicari powers it's a child of Atia and Marcus. But Cleo more than makes up for not having powers by being a total bad ass who can kick the bad guys ass all by herself. Cleo is not only strong, but a sympathetic character and a survivor who's had to endure the worst pain imaginable. She is without a doubt my favorite character out of all three books.

If you want action packed scenes that actually make sense and don't just have swords blows and blood spurting scenes that go on forever that leave you lost as to what just happened, then this is the series for you. The action scenes are clean and Monica Burns made the action clear as to what is happening and it happens for a reason, just just action for the sake of action.

I didn't think Monica Burns could write another book as good as Assassin's Heart, but I was wrong, this book the 3rd in the series was just as good as the first two books and a great ending to the series.

Winner of The Puppy Diaries by Jill abramson

Bill...I'll send you an email please respond with your mailing addy withing 24 hours or I will pick an alternate winner.
Posted by Mary Kirkland at 8:49 PM 0 comments