My mom used to tell me and my brothers that when she died she had specific pictures that she wanted each of us to have. My younger brother got a picture of a man and woman on a beach at sunset, my older brother got a pretty picture with the "Foot Prints" poem on it...and I got this. 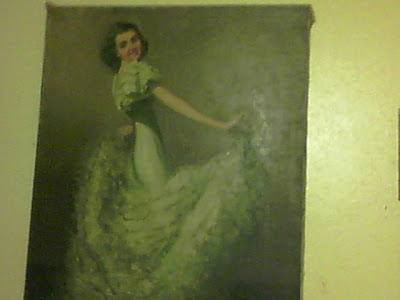 This painting by Bernard Wynne has been in my family since I was a little kid and both my brother's were happy that I got it and wanted it, because they hate it. lol It was at my grandma's house for years and then my mom got it and now I have it. My husband hates it, he says it's ugly as heck, which is why it's hanging up in our bedroom where he doesn't have to look at it. lol 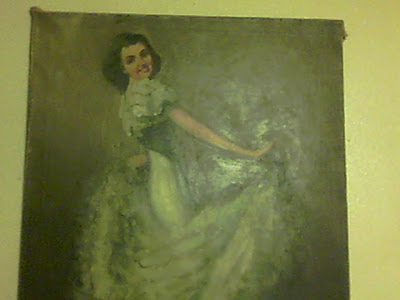 But for some odd reason I've always liked this painting. I remember telling my mom when I was real little that I thought it was her in the green dress and later I used to call it the Celery dress picture because it kinda looks like she's wearing a bunch of celery. lol 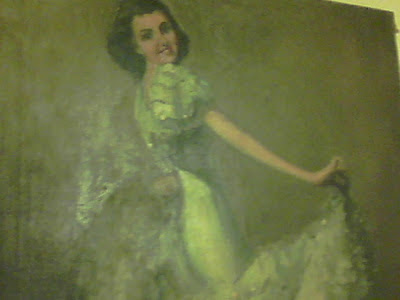 It's old, faded and so many shades of an ugly green that it's hard to find a place it would look good, but I like it. I've looked online for other painting by Bernard Wynn and found a few and found out he painted quite a few paintings and some have gone for a lot of money, but I can't find anything on this one.

I wonder if my daughter will want it when I pass on...

It's funny the different things that get passed on from one generation to another. I have a few other things that have been passed down to me like some jewelry from my grandma and mom.
Posted by Mary Kirkland at 3:00 AM 7 comments