Medical Cannabis Coming To A Corner Near You! 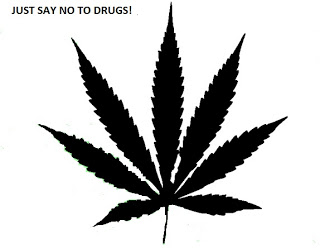 I would rather see a person use a drug that has been approved by the doctors, government, scientists and proven by patients to work on things like PTSD and depression than have someone use pot ...a drug that is illegal and has no real health benefits other than that which is in the mind of the pot smoker who uses it to get high so of course they are going to think it helps. If you think that marijuana is the answer for ailments like cancer, PTSD, Depression and other illnesses that aren't terminal, then you are an idiot and are perpetuating the problem.

I see soo many pot smokers saying that they would much rather take a drug (Medical cannabis) which has no side effects rather than a drug approved the the government because it probably has toxins or some such nonsense in them. Oh and don't get your kids vaccinated because those vaccinations are filled with poison.

Why is it that so many of the conspiracy theorists seem to be the same paranoid people smoking medical marijuana? Did you know that a side effect (yes pot has them) of smoking pot is paranoia?

Backers said the measure, approved 17-4, establishes procedures to comply with a constitutional amendment approved by the voters in 2000 that allows the use of medical marijuana.

The bill would allow 40 clinics in the Las Vegas area, 20 in Reno, two in Carson City and one in each of Nevada’s remaining rural counties."

All I can hope is that it goes no farther than this and the bill gets stopped. But in reality I don't see that happening. I can only hope that if marijuana ever does get to be a legal drug that all those pot smokers that go to buy their pot from these dispensaries have to pay a hefty tax on all their marijuana that they buy, even the medical marijuana card holders. They should have to pay a hefty tax of at least 25% for the privilege of getting high legally.

Even if weed is legalized people are going to be going to jail for getting behind the wheel while high and driving, causing accidents and driving stupid.

Oh I can see this all going to hell in a hand basket.

Most pot heads say it's not likely to overdoes on pot but this article says otherwise thanks to something called, "Dabbing".
Posted by Mary Kirkland at 8:30 AM 4 comments


Welcome to another edition of Freebie Friday, where I tell you what free samples and full sized products I received in the mail and how you can get them too. 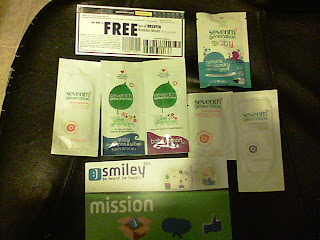 This week I'm on a mission from Smiley360 and they sent me a box with some seventh generation samples in it to try.

I also received a coupon for a free box of Belvita breakfast Biscuits and I found the link for this on Freebie Shark.

If you'd like to get free products delivered right to your home then click on the Smiley360 link up above and sign up. They pick you to try products and all you have to do is write a review, share your thoughts about it with your friends and share on fb and twitter. It's really easy.