Looks like I got a virus or something so until further notice I will not be online. Hope to get my Pc fixed soon.
Posted by Mary Kirkland at 10:08 PM 0 comments

Seems like teens have their own language, I like to refer to it as slanguage. Here's a few things one might hear from teens now a days.

Bowen- A person who often stinks, possibly with hygene issues. Derived from a creature that is known to inhabit sewage and have a frightening odor because it uses its own feces to disguise itself.

Butt hurt- to be hypersensitive or over offended over a prank or joke. (my daughter uses this one all the time)

Hardcore - Means something is intense. Generally said about something that is a good experience, but also used when something bad is happening to a friend.

all up in my grill- the act of being in someone's face.

hella- used in conjunction with another word as an intensifier. As if to say “very.” Derived from “A hell of a lot of . . .” Examples include: hella-cool, hella-stupid, hella-crazy, or hella-funny.

tool- someone that is a geek or nerd; one who is socialy inept and does not fit it.

wikijism- A term to describe any journalism, reports or writing that uses Wikipedia as it's only source.

my bad- a phrase said to admit guilt in a situation.

beatin' dem cakes- having sex. "I got with Juana and was beatin’ dem cakes like Betty Crocker!"
Posted by Mary Kirkland at 10:53 PM 1 comments

Beware when looking for a job...

Ya know, my daughter has been looking for a job for some time now and I like to browse the internet so I was looking on craigslist and in the local paper for job offers. You know what I see most often? Ads that looks something like this....

I can imagine when the girls get there they are immediately trying to make their way through a crowd of crackheads and Ron Jeremy wannabe's. *shiver*

Girls stay away from ads like this, it can't be anything good. It just can't be.
Posted by Mary Kirkland at 6:22 AM 0 comments 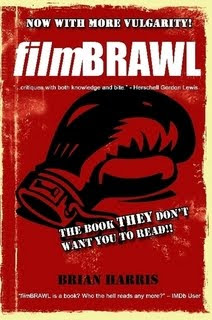 A friend of mine self published a book called, Film Brawl and I wanted to let you all know about it. He is the owner of Wildside Cinema http://www.wildsidecinema.com/forum/index.php and has worked really hard on this book.

"Filmbrawl is a genre cinema review guide featuring hundreds of encapsulated reviews and star ratings for those looking for a quick read on the toilet! GET IN THE RING!!"

If you like reading reviews of movies, and are looking for something a little different, this is the book to get.

The title of this blog post will take you to where you can buy the book.
Posted by Mary Kirkland at 6:05 AM 0 comments

I've been going out for the past few nights, hoping to see a meteor in this meteor shower and for the most part, living in a city where the lights are always on makes it difficult to see the meteors. But I have seen a few in the past few days.
Posted by Mary Kirkland at 8:53 PM 2 comments

I know we all have them and sometimes I think I have too many of them because at times I'm very critical of others, but maybe I'm just normal. lol

People who write in all Caps. Anyone on the internet knows that, all caps is considered to be shouting. So stop shouting.

People who spit on the side walk. I've heard guys says that hawking a loogie...yes, that's what they said, was healthy. Ok, fine, get it out...but so it in the bathroom and don't spit it on the same side walk I have to walk on. That's just gross and rude.

Talking on cell phones when you are in a public place. Yeah I know, I'm an old fogie and think cell phones are the anti-christ according to my nephew, but there's really no need for someone to talk about their rash, infection..oozing, pus-filled sores or any other thing they are at the doctors office for. I have heard people talking about STD's on the phone in the doctors waiting room. I really don't need to know. Really.

People who think they know it all! I don't just mean they think they know a few things. No, these people think they know everything! and are right about everything the talk about. Holy cow, I would love to be right all the time but that's just not going to happen. Oh and when you are proven to be wrong, take it like an adult and say, yeah ok, I was wrong.
Posted by Mary Kirkland at 11:47 PM 0 comments

I don't know how I messed that last post up so bad. Now everything is blue. Oh well, at least you can see what books I plan to get.
Posted by Mary Kirkland at 3:01 AM 0 comments

When He Was Bad by shelly laurenston

Dark Rival (The Masters of Time, Book 2) by Brenda Joyce In the Company Vampires: A Dark Ones Novel by Katie MacAlister

Dark Lover (The Masters of Time) by Brenda Joyce

Dark Victory (The Masters of Time) by Brenda Joyce

One Foot in the Grave (Night Huntress, Book 2) by Jeaniene Frost

The Bodyguard by Lorie O'Clare

Ecstasy in Darkness by Gena Showalter

Beyond the Darkness (Guardians of Eternity, Book 6) by Alexandra Ivy

Red Demon: A Gods of Midnight Novel by Deidre Knight

Love in the Time of Dragons: A Novel of the Light Dragons by Katie MacAlister

Demon from the Dark (Immortals After Dark Series, Book 8) by Kresley Cole

Taken by Midnight: A Midnight Breed Novel by Lara Adrian

Prince Charming Doesn't Live Here (The Others) by Christine Warren

Posted by Mary Kirkland at 2:59 AM 0 comments

We've all done those really embarrassing things, the things that at the time we wished we could just crawl in a hole and hide. I look back on some of those times and can laugh now, so I thought I would let you laugh along with me...lol

Some of the funny things I've done...

Years ago when we first moved into another apartment complex...I was walking back to my apartment when I decided to scare my family by quickly sticking my head in the open window and screaming. Well I got the the window and pulled back the curtains and screamed....only to see another family sitting down to dinner! I went to the wrong window! Scared them half to death...but I quickly explained to them what happened when I showed them that I lived right next door. lol

I went up to a man in the grocery store and covered his eyes from behind. I said, "Guess who." He said, "My next ex- wife?" I quickly removed my hands because I realized as soon as he spoke he was not my friend. I apologized and thankfully he just laughed and thought it was funny.

One night I was on a road here in Vegas and I've been told if you pass a cop car sitting on the road checking car's speed's...you should flash your headlights to the cars coming in the other direction to let them know about the cop car so they can slow down. Well, I flashed my lights and he flashed me back...and as he drove past me I saw him smiling.....but not for the reason I thought....he was a cop...in a cop car! Good thing he thought it was funny!


Well, there you have a few of my funny embarrassing moments.
Posted by Mary Kirkland at 12:41 AM 0 comments

There are so many things that irritate me but there are a few things that stand right out and I think they bother most people.

Liars- people who lie to me or embellish about what has happened, will happen, ect...just irritate me.

Late people who don't call- You know when you tell me that you are going to be at my house at a certain time and I expect you to be here or meet me someplace at that time...you better damn well be there, or at the very frickin least call me beforehand and let me know you aren't coming/going to be late. If I have to call you because you are an hour late and you tell me you just decided not to come and was going to call me later.....just don't be surprised when you never get invited again, ok?

Rudeness- There's no reason to be rude just for the sake of being rude. If I give you a birthday gift and you think it's lame...keep that to yourself because if you tell me that I never would have given such a gift because it looks cheap...or you won't use it can you give it to the salvation army because 'those' people would use something like that. Don't expect to ever get anything else form me, ok?

Drunks- If you want to get drunk off your butt...first off don't drive., I will tell you right now, I don't care who you are...if you drink and rive I will call the police on you and turn you in. I don't want a drunk on the streets when I am driving and don't think anyone else would either. But if you have to get falling down stupid drunk...stay home.

Don't let your kids be monsters in public- I was in the grocery store a few years ago and this little girl maybe 7 years old was giving her mother one hell of a time at the check out. She went to take her cart outside and the little girl sat down and wouldn't move. The mother couldn't push the cart and arry the kid at the same time so and the kid was screaming every time she went to touch her. So I asked the mother if she wanted me to either take the cart or the kid and she asked if I would pick the kid up because she wouldn't fight me. I thought to myself...she sure won't fight me...she's only 7 years old. I'm the adult...good grief. I picked the kid up and told her to shut it! and we walked out to her car and I told the kid to get in the back seat and put her seat belt on. She tried to tell me that she gets to sit in the front seat and I told her after acting bad in the store she can sit in the back seat. Her mother didn't say a word to me as I walked away. Good grief what was that mother thinking. If my kid ever threw a fit in the store I left everything in my cart and took her outside and told her we would leave and she wouldn't get anything if she didn't stop acting like a brat. I did leave the cart one time and she knew I was telling the truth...she didn't do it again.

I'm sur ethere's more that bothers me but I can't think of any thing else right now.
Posted by Mary Kirkland at 4:28 PM 2 comments