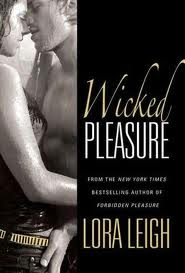 Jaci Wright has been running from the Falladay twins, Chase and Cam, for seven years now. Fears of the desires they arouse in her, and the knowledge of the relationship they wanted with her, spurred her to run, to find a life that kept her traveling the globe and out of their reach.

But now life has come full circle. A new job has placed Jaci in the Sinclair mansion with Chase and Cam. And they're tired of waiting. It's hard enough to face accepting a relationship with two men rather than just one, but gossip and the tattered tales of juicy secrets fill the society she now moves within. Can Jaci face the world knowing she's a lover to both men, or will her hesitancy and her fears destroy her chance of happiness forever?

Seven years ago Jaci runs from both Cam and Chase when she learns that she isn't just about to sleep with Cam but with his twin brother Chase as well. At the time Jaci is a virgin but has wanted Cam for years and even though he thought she knew what coming to his home would entail, she had no idea that he wanted to share her with his twin brother.

Seven years later Jaci comes to Virginia to do a decorating job for one of her friends, Courtney. But what she gets is way more than just a job, she comes face to face with flirty Chase and then later Cam who makes it very clear he and his brother plan on having her in ways she can only imagine.

Jaci also finds out the there's more to the decorating job than she could ever imagine. There's a super secret club that the brothers are a part of and she will have to get over her shock at what goes on there before she can do her job.

Jaci has secrets and so does cam, but neither of them are willing to let the other one in until the very end of the story.

This is Lora Leigh's 9th book in her Bound Hearts series. I have really liked all the books so far but I did have a few small problems with this book. First, Jaci doesn't love Chase but she wants Cam so much even though she's never had another lover, she willingly has sex with both brothers but only ever calls out Cam's name.

There were glimpses where Jaci had been abused by a couple in this story and yet when cam spanks her, she has no problem with it. It would have been a little more believable to have her be scared at first and the memories of being whipped come back. Then bring the teasing spanking into the story in a way to replace those bad memories with good ones with Cam, but that doesn't happen and it was a little unbelievable and I want the story I'm reading to be at least a bit believable.

Chase's character is very under developed in this book. Instead of being the hero right along with his twin brother he comes off like a secondary character that wasn't given much thought. We really don't get to know much of him in this book.

While I really enjoyed reading this book for the most part, there were things about it that bothered me, but not enough to tell others not to read it. I still love Lora Leigh and will be reading more of her books in the future.
Posted by Mary Kirkland at 2:25 PM 1 comments

I learned Something New

My hubby Ken has had the bandages on his hand for a week or so now and he wanted to take a shower without having to worry about getting the bandages wet, so he had me take all the bandages off. But you could have blown us both over when I took that last bandage off. His doctor only told him that he used wires to fix his arm....he did not tell him that the ends of those wires were going to be poking out of his skin or that he would have to pull them out after his arm healed.

Ken and I were both looking a the 5 wires stiking up out of his hand and were like, well...how the heck is this gonna work? And how does he plan on getting them out?

I taped a trash bag over his arm so he could shower and then went to looking online about these wires. I didn't know they were called K wires, so I googled surgical wires and found so much stuff that didn't pertain to him. So I went to youtube because they have all types of medical precedures and within a few minutes I found them.

The doctor takes a pair of pliers, grabs the end of the wire and twists and turns it while pulling until it is pulled out of the bone. Some of these wires are down 5-6 inches into the bone.

I'm really surprised the doctor didn't tell Ken about this before he left...I'm really surprised. This is something a person needs to know, ya know. I hope Ken gives him hell for not letting him know what was under those bandages and what was gonna happen next time he goes in to see him.

But if you want to see K wire extraction and I know you do...here's a good video I found. Just fast foward to after they get the cast off...lol