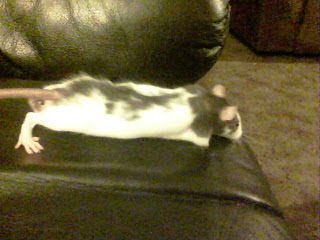 I entered Lucky into The Luckiest Pet Contest.
If he wins a charity of my choice will also win $5000.00. I picked Down Town Canine Rescue because I've seen on tv the good that rescue place does. If the link doesn't take you to this picture of Lucky on the site please just search 'Lucky' in their search bar and click on his picture. The contest starts today at noon.

Please go and vote for lucky and leave comments, tell your friends and ask them to vote when the voting begins. It's for a great cause. If Lucky wins I will win a $500.00 Petco gift card, but I would really love to see Dog Town get this win, they really deserve it. They took in a lot of the Michael Vick fighting dogs and some of the dogs that can never be adopted out will have a home with them for the rest of their lives because they are a No Kill Rescue.

Voting is now LIVE! Please go and vote for Lucky. Thank you!
Posted by Mary Kirkland at 5:00 PM 2 comments 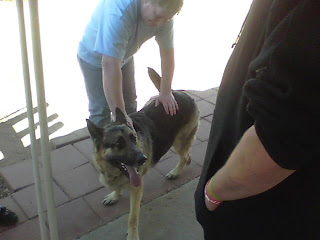 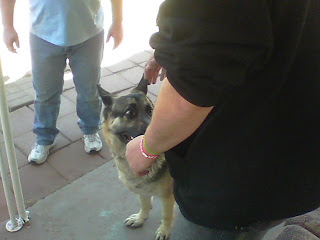 While we were all at my dad's house to celebrate his and my birthday's...a couple of family members went out in the yard with my dad and saw Cody. Cody didn't like it I guess and he bit someone. Not a really bad bite, but hard enough to break the skin and leave a puncture mark. 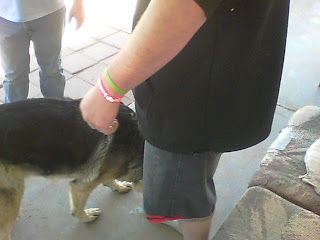 After he got used to people being in the yard, he was fine. He played with everyone, played catch and ran around. 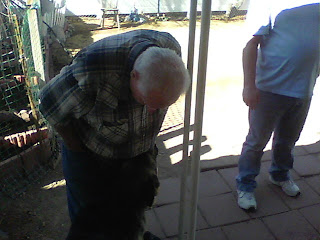 My dad with Cody the dog. 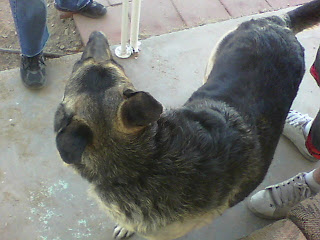 He's a big dog and this is the second time he's bitten someone. The first time it was a plumber and thankfully when the guy sued him for getting bit on the butt...the home owners insurance paid the claim. 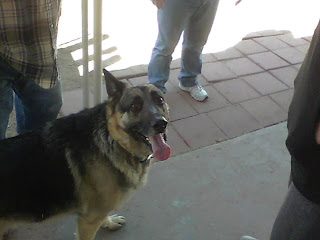 My dad has to keep people away from the dog because he's never trained the dog and he's already proven twice now that he'll bite for no reason.He's a great guard dog for my dad and step mother but he needs to be trained and even though I've told him about training places at Petsmart and other places, my dad is 80 years old and just doesn't have it in him to do. 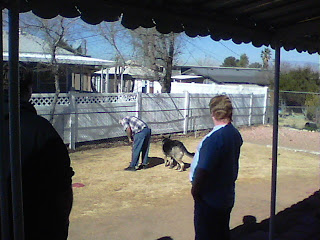 My dad loves Cody and my husband even told my dad he would take him to be trained but he said he'll just make sure he keeps him away from people so no one gets bit. O.o I'm afraid since Cody is only 6 years old that he's gonna end up biting someone else and he'll get taken away because of it. 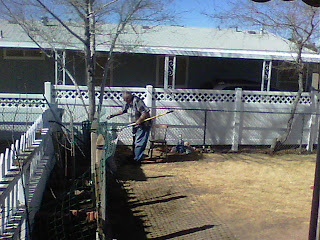 My dad cleaning up after his dog left him a present. If I have any advice to someone who has a dog...it's make sure you train them if they have bad habits. Find a book, take a course, call a vet..do something. Don't just let your animal keep doing the bad behaviors they are doing or you could get sued or worst...the animal could really hurt someone and they could get taken from you.

Posted by Mary Kirkland at 1:00 AM 2 comments