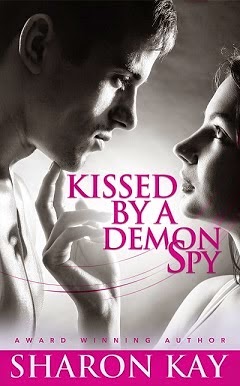 Hey guys, I'm a guest reviewer over at I Smell Sheep today and would love it if you popped in to read my review of this book. :)

This novella is a companion piece to the Solsti series and can be read as a stand-alone.

Kidnapped as a teen and forced into a life of sexual slavery, Garnet vowed long ago to do whatever she could to spare others her fate. When karma comes full circle with an offer of freedom for her and her young son, she jumps at the chance.

Masquerading as a village innkeeper, Aden keeps his espionage work secret from the gentle pixies he lives among. Using his skills to prevent a group of vicious demons from attacking the innocent, his world is draped in mist, shadow, and danger.

Steeped in shame, Garnet is loath to share her past with Aden. But Aden senses a sweet, loyal strength in her that no amount of horror can erase. His dangerous work is the opposite of the stability Garnet craves. Yet Aden’s patience and strength make him the hero she never had. When the enemy targets them, Garnet and Aden realize that honesty is the truest form of courage.

Links to this post
Labels: Kissed By A Demon Spy, Sharon Kay

So I set up a few Halloween props and let my rats run around with them to see if I could get a few good shots and here's what I got. 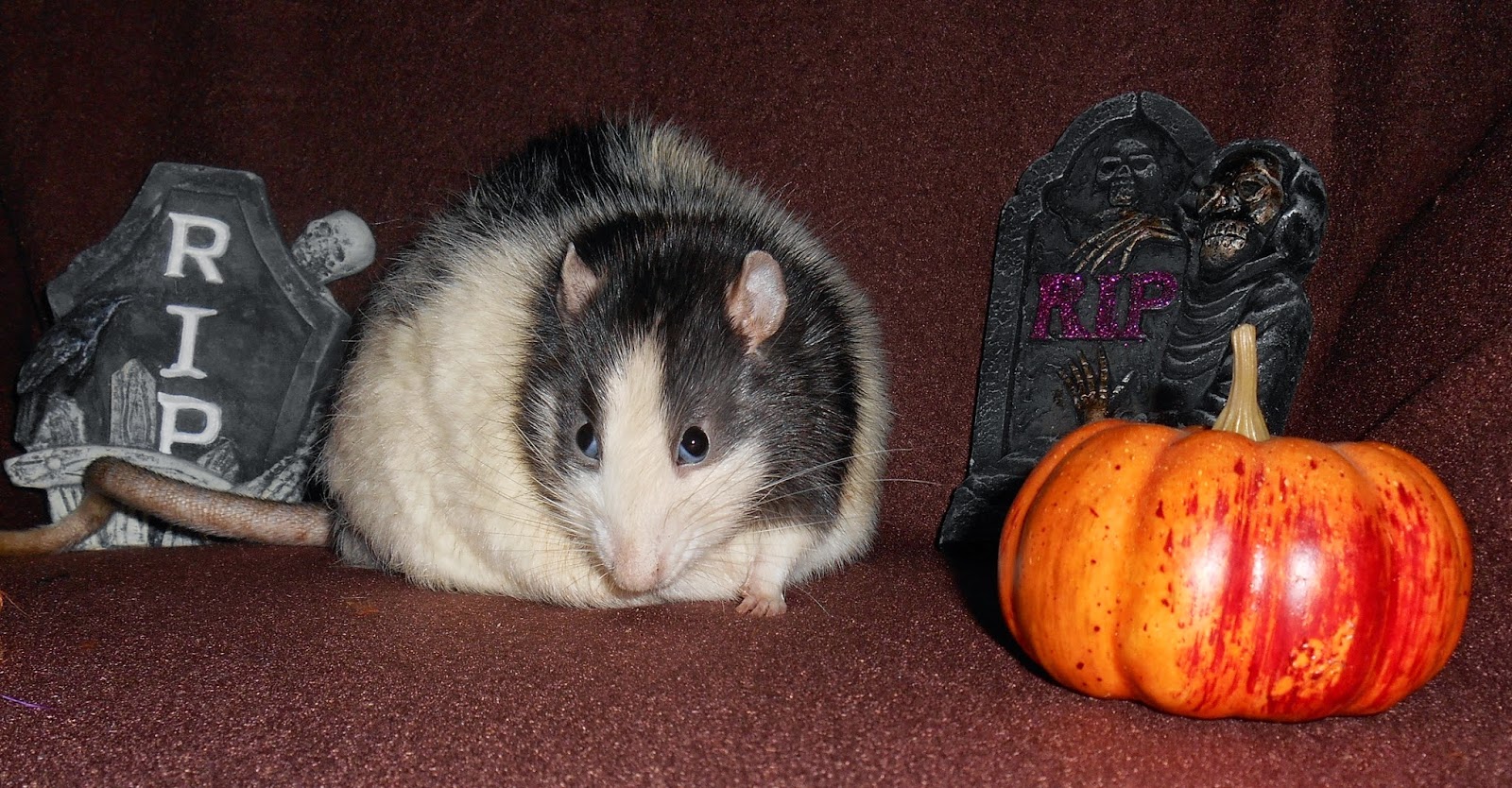 Lucky just wanted a treat. he sat wherever I put him as long as he had something to eat. lol 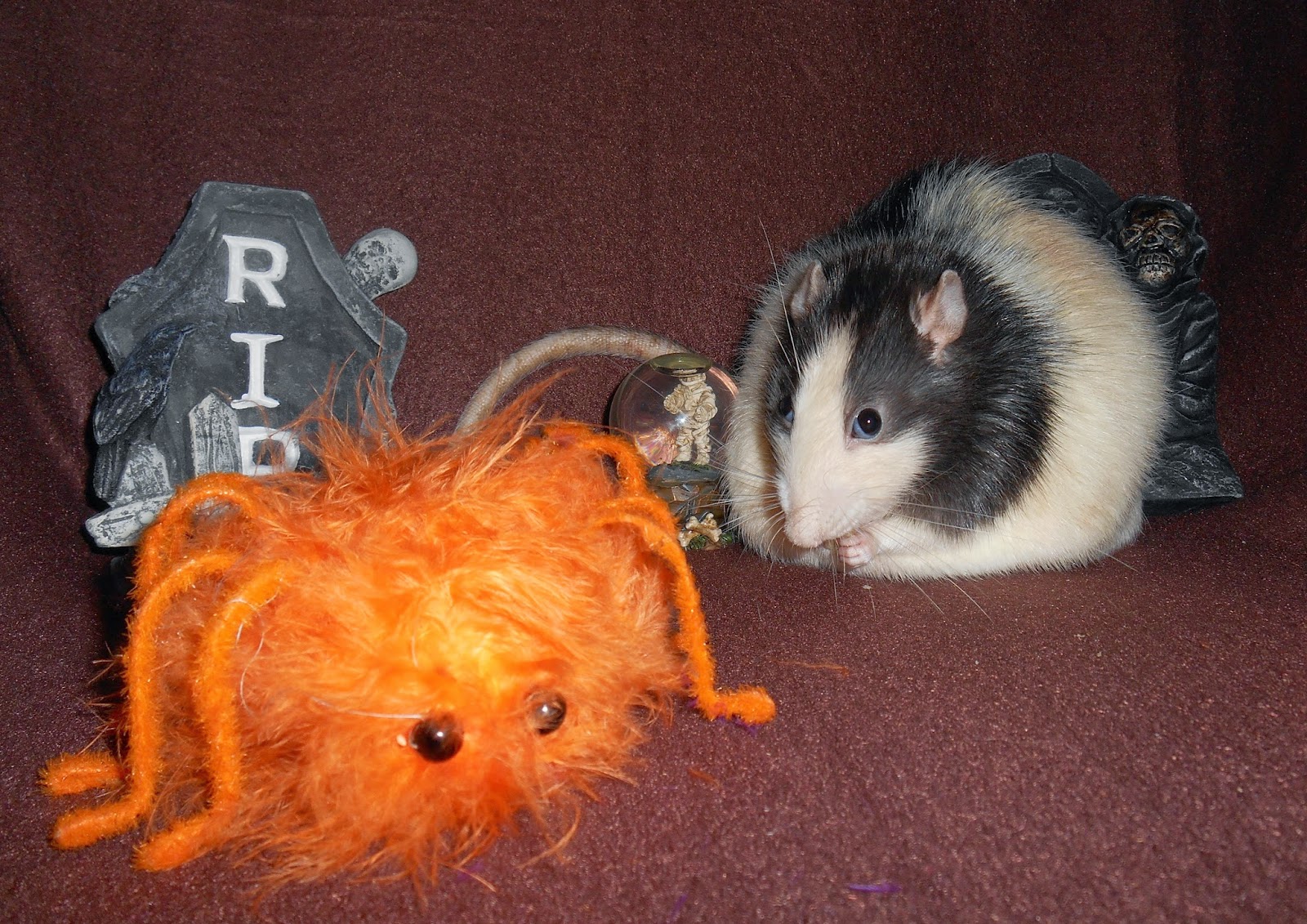 Lucky is so laid back, he didn't even try to eat the props. 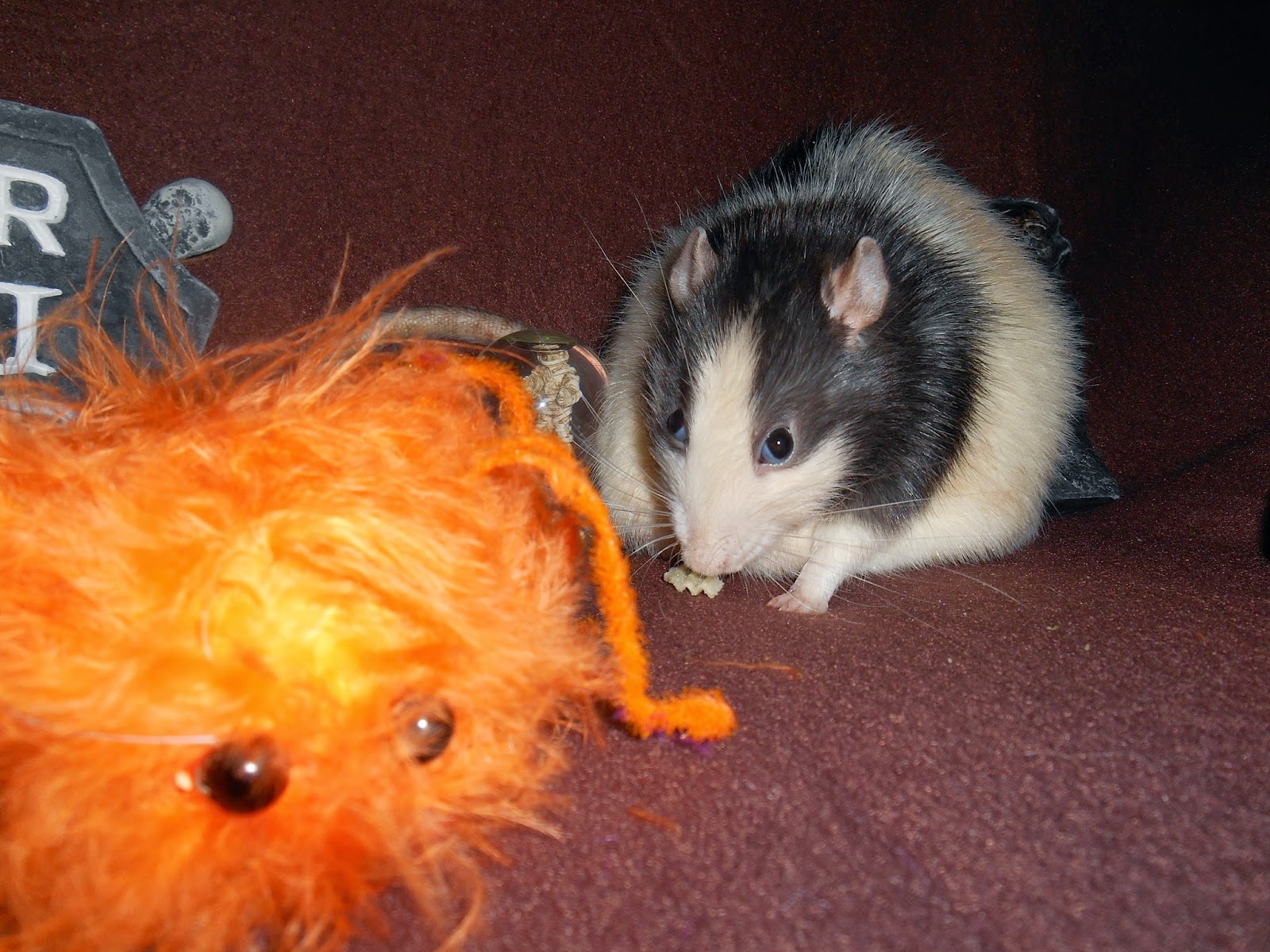 But some of the looks he gave me were pretty funny.

And I love the pictures I got with him in them. 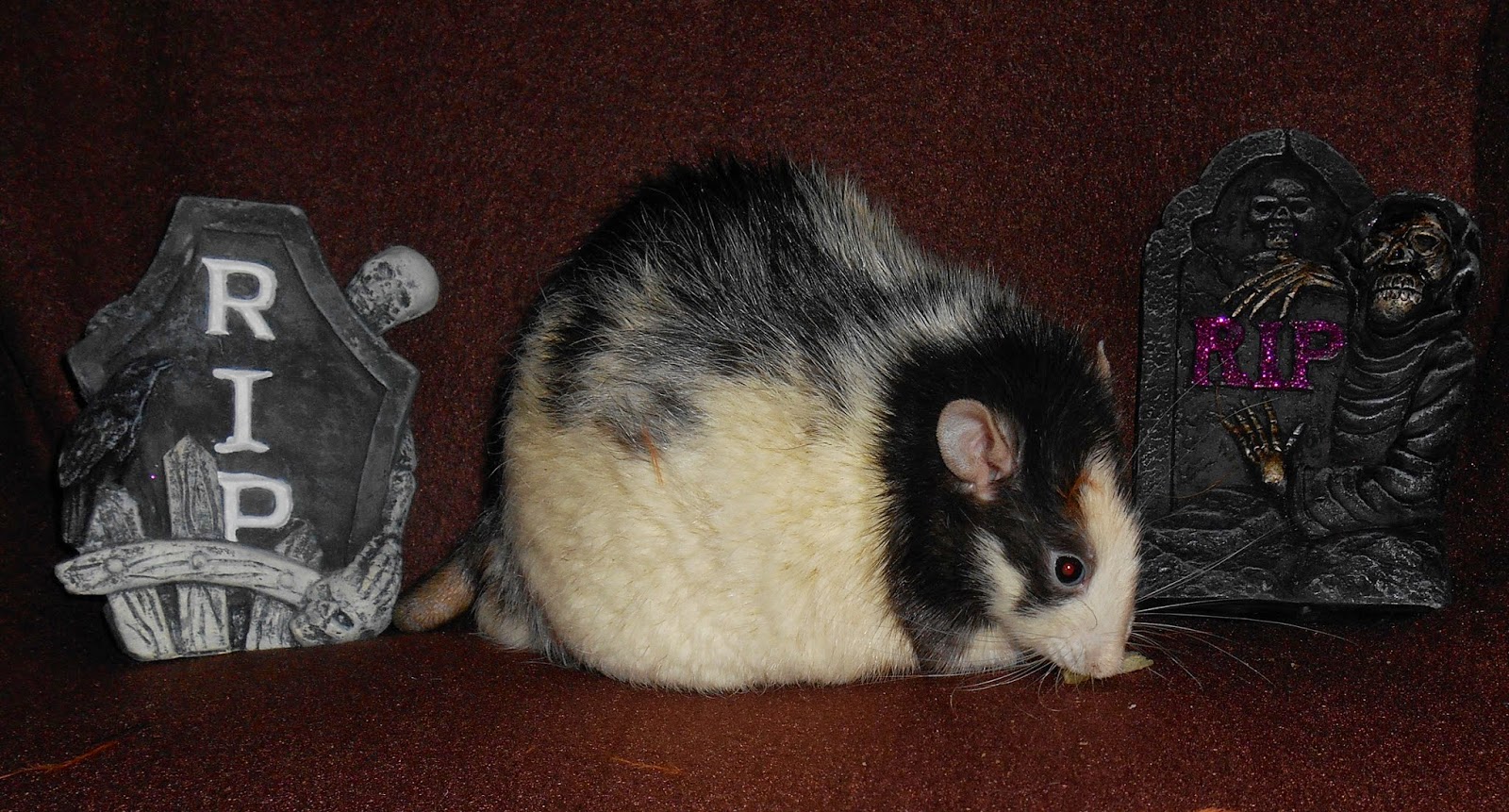 Lucky is fun to work with in taking pictures.

Scribbles just wanted to chew on everything. He tore some of the feathers off of my orange spider and started chewing on everything else. Scribbles was going to chew on the mummy ball next but decided to drag off the spider again.

After he was done taking a test bite from all the props he finally picked up his treat to eat. 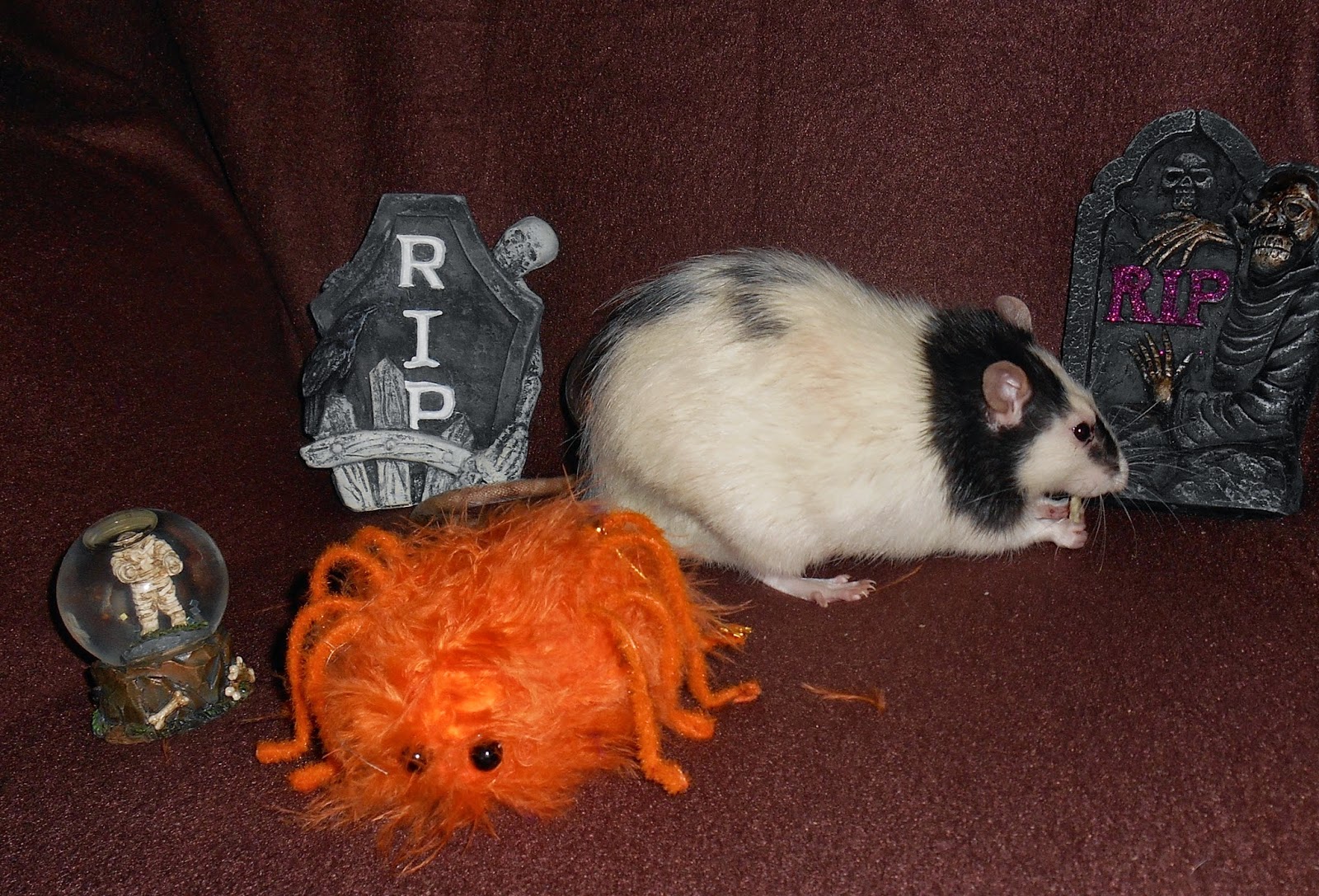 Scribbles wouldn't stay in any pose I put him in..lol 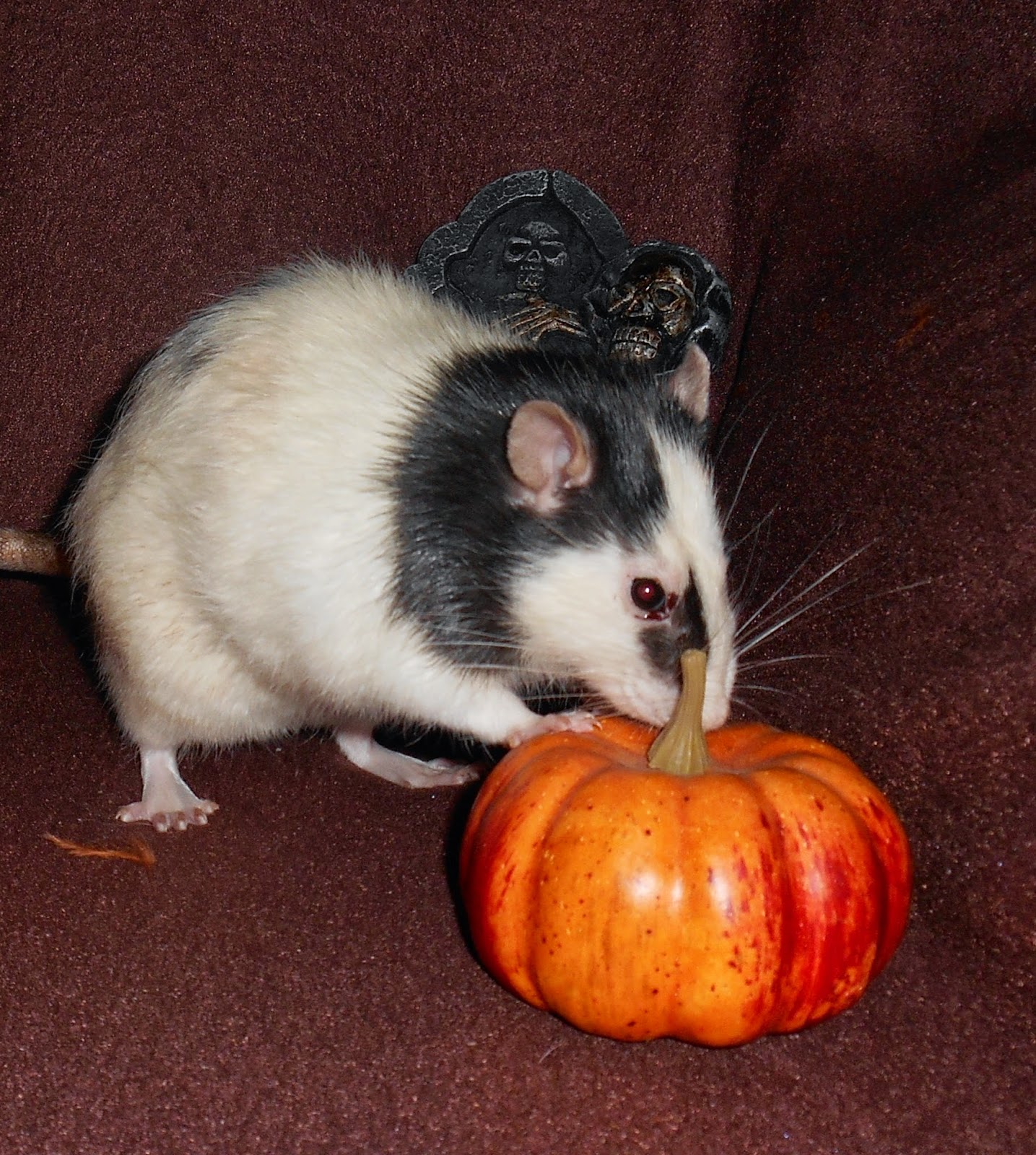 Trying to chew on the pumpkin now. Scribbles is like a 2 year old toddler getting into everything. lol 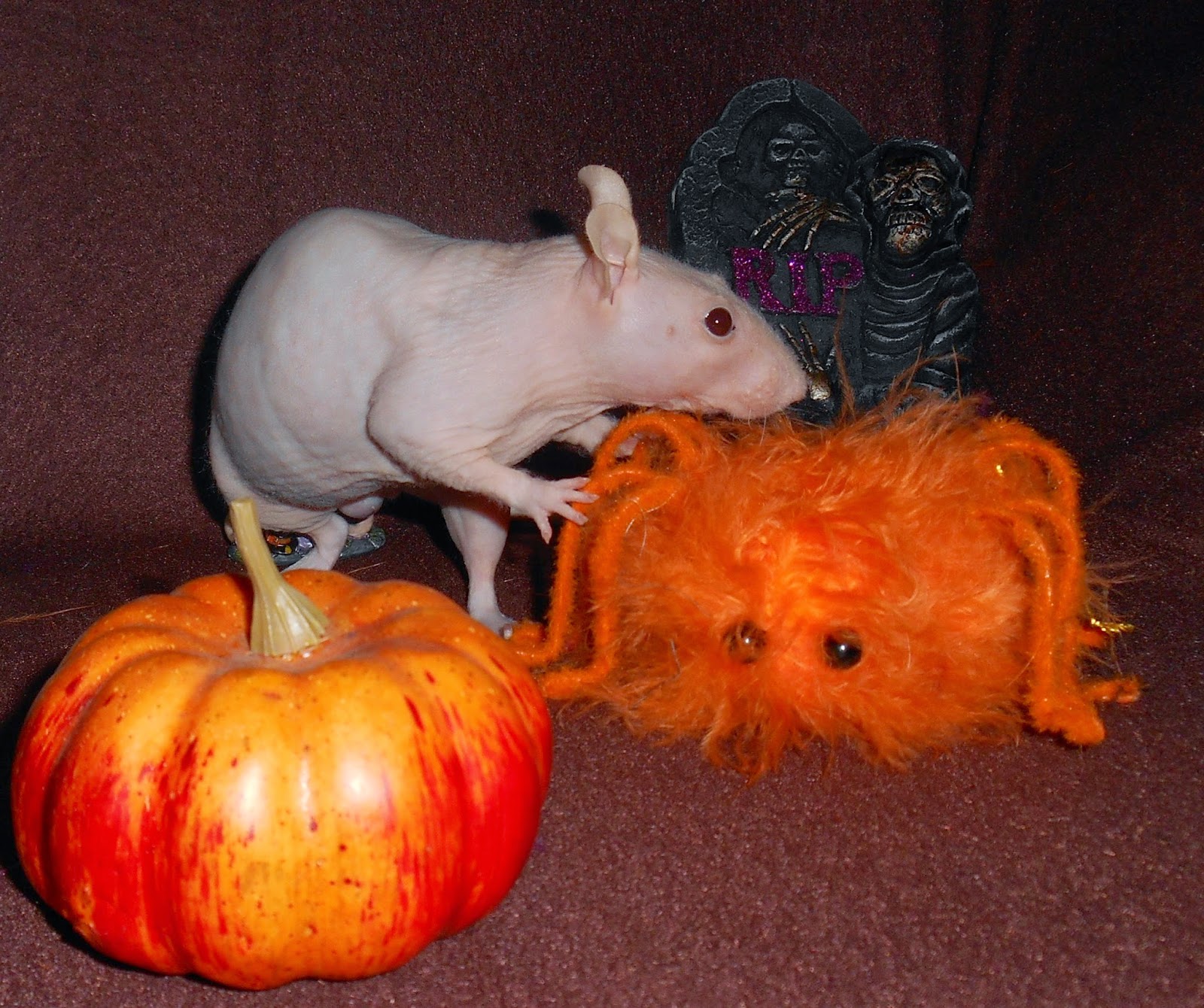 Then came Flower's turn and she was even worst than Scribbles. She picked up the orange spider several times and took him over in the corner to chew on him. She would scoot the pumpkin over in the corner too but she was running all over the place so fast it was hard to get pictures of her. 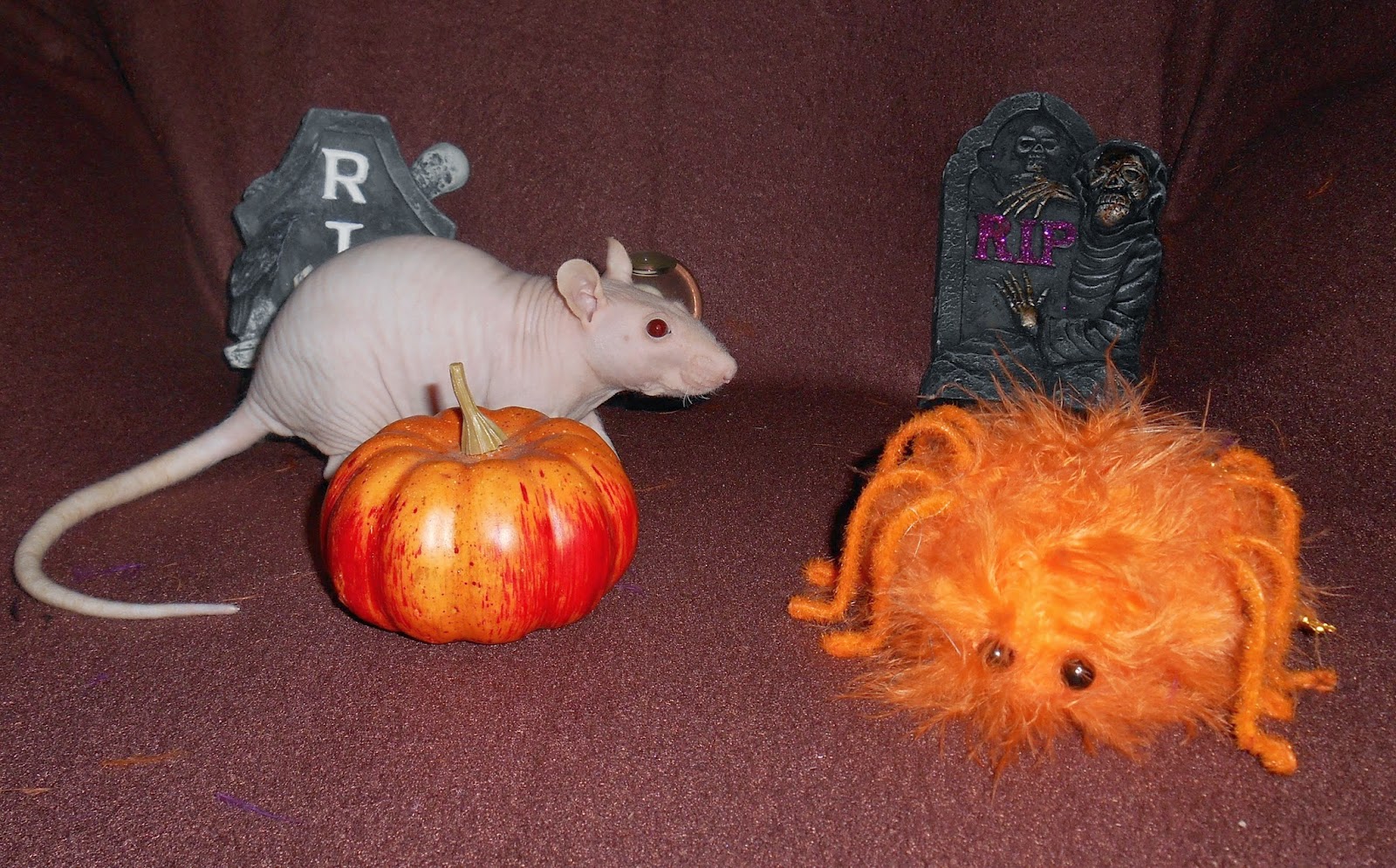 This girl has so much energy, I wish I could bottle it and sell it. I was able to get a couple of pictures of her before she knocked anything over though. lol

I took about 100 pictures and can only use a few of them. She's a blur in most of them, zipping here and there and everywhere.