I used to drink a lot of tea but recently I've been on a coffee kick. I still make iced tea because it's so darn hot and hot coffee is kinda weird when it's 111F outside. At least it is to me. But there's just so many cold coffee recipes out there.

Recently I've started making my own iced coffee and saving my money from the high priced Starbucks that I only get once every couple of months anyhow.

I used two teaspoons of regular instant coffee, two table spoons of hersheys chocolate, two table spoons of sugar or two packets of substitute sugar, a little warm water just enough to melt the sugar and coffee and the rest of the glass filled with milk. Add a dollop of whip cream and a couple of ice cubes...
Posted by Mary Kirkland at 1:54 PM 0 comments

Take responsibility for your actions

Right now I'm going through a bit of a problem with a couple of family members that drink. I don't drink and I don't...no I won't be around people that do. I don't like the way they look, all droopy eyed, slurring their words, thinking they either love you so much, man. Or can't stand you, never liked you.

I grew up with two alcoholic parents and know the horrors of what that's like. I won't live in a relationship with any relative or friend that drinks.

For some reason people who drink and then do things they wouldn't normally do, think they can just say..oh it was the booze..and that makes up for the terrible things that you have done. Well, here's your wake up call, it doesn't.

You chose to take that drink, so you are ultimately responsible for whatever you do while you are drinking.

Either stop drinking or you are out of my life. It's just that simple.
Posted by Mary Kirkland at 4:41 PM 0 comments

I know I've talked about how I use a lot of coupons when I go shopping each week. I have been getting them right from the manufacturer through the mail, in the newspaper, my sister in law sends me the ones she doesn't use and I also find some online that I can print out. Facebook is a good place to find coupons for free items. Although I really don't like the fact that I have to become a fan/friend/like a company just to get a free coupon or sample. Just let me fill out the damn form, seriously.

I hear that a lot of different grocery companies are doing this and it makes me mad. If they are going to take any type of cents off coupons that are printed form the internet then they should still take the free coupons as well.

Makes no sense to me, I mean it's not like they don't get their money back for these products.
Posted by Mary Kirkland at 12:46 PM 0 comments

One Week Of Wolves 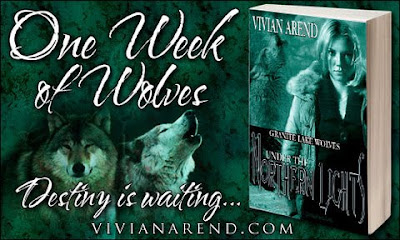 Just click on the title of this post to be taken to a contest associated with this book. You will want to check this one out!
Posted by Mary Kirkland at 1:03 PM 0 comments

I know a lot of people have a problem with the new immigration laws in Arizona, but I don't. I think that if you want to live here you should go about doing so legally and if you are caught living here illegally...then you shouldn't have a problem being taken back when you knew you were breaking the law.

Why are so many of the spanish/mexican descent up in arms about this new law. If you are here legally you have nothing to worry about...right?

What I do have a problem with is the agency who is in charge of making the illegals go back,. ICE...doesn't want anything to do with Arizona's new law and they don't or should I say, won't be taking back the illegals that Arizona cops find on the streets. I find that ridiculous. Just because you don't like the law, doesn't mean you don't have to enforce it. The people of Arizona voted on it and I have a feeling that more states will be voting on similar laws in the future for their own states.
Posted by Mary Kirkland at 7:09 PM 0 comments

So yesterday I got some sort of computer virus that wouldn't let me scan my computer with Malwarebytes on my account. I had to use my husbands account and scan the computer and it got rid of the virus...or so I thought.

I go back online after scanning for 4 hours and everything is fne for about 2 hours and then Bam! I get hit again.

So I scanned the computer with Avast anti virus and it caught another virus...a different one than Malwarebytes had caught earlier.

So late last night I was going fine and then this morning my computer froze on me. I don't know if maybe I still had the virus or what. I scanned again...with both this time on all accounts and there was nothing found. There went 9 hours I'll never get back...anyway. I log back on and now it said that the computer isn't configured for the proxy server. I'm like what?

The virus I had must have re-configured some of the cards...whatever on my computer but thankfully the connection wizard fixed whatever was wrong. Now I am back...at least until the next virus attacks me.
Posted by Mary Kirkland at 1:09 PM 2 comments

Sorry, I had to announce the winner one day early because my computer took a dump and crashed. I have a virus. So I'll be using the library computer for a while. :(

So I put the names into a hat and pulled out...

Congratulations and I'll see you all when I get my computer fixed.
Posted by Mary Kirkland at 11:34 AM 1 comments