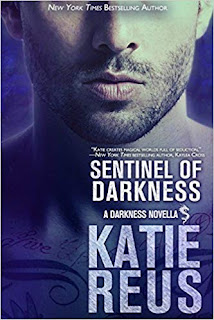 She thought she’d put her past behind her…

Local artist Keva might be human, but she knows about the things that go bump in the night. Years ago, a dragon shifter saved her from certain death. Ever since, she’s lived in his clan’s territory and put her life back together. But the feeling of security is only an illusion, because her past has come back to haunt her. A past with claws and fangs, demanding blood.

He’ll do whatever it takes to defend his mate…

Dagen has finally met his mate—except he insults her the first time they meet. He’s not too proud to grovel to get back into her good graces. But when a threat from her past emerges, he realizes that he’ll do anything to keep her safe. Even if it means dying—or losing her forever.

Keva lives on the dragon clan's territory ever since a dragon saved her life years ago. She's finally putting her life back together when danger comes looking for her. Dagen and Keva met in an elevator when they were on their way to a meeting and they don't get off on the right foot. Dagen goes to her shop and apologizes to her about what happened during their first meeting. He knows that she's his mate and wants to spend time with her so he ends up asking her out. They start getting to know one another and getting along. She doesn't want to date anyone or get involved but she agrees to be friends with him not knowing that he sees her as a mate.

Then a shifter wolf from her past shows up and threatens her and Dagen takes things into his own hands to protect her. I loved how protective he was about her and how safe she felt when he was around. When the danger ramps up Dagen's clan helps out keeping her safe and battling the people who want to hurt her. But she's no push over and proves that she can take care of herself when she has to.

I love dragon shifter stories and this novella was a great quick read that showed the dragons quite a few times. It was filled with romance, danger and fight scenes. I loved Dagen's crazy clan and am looking forward to reading more about them now.

Disclosure: I voluntarily read and reviewed an advanced copy of this book. All thoughts and opinions are my own.
Posted by Mary Kirkland at 12:00 AM