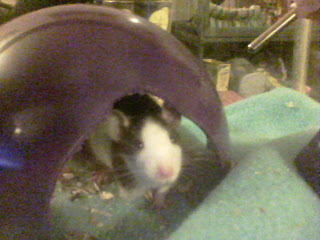 Yes it's true, a day to celebrate the rat. Now in its eighth year the aim of World rat Day is to recognize the rat as a wonderful pet and companion animal for people of all ages.

It's a popular day amongst the rat owning community and apparently for rats themselves. Organizers claim that many rat fanciers will choose to celebrate World Rat Day by planning private parties, with friends and family attending and possibly bearing gifts and treats to unsuspecting and surprised rats. 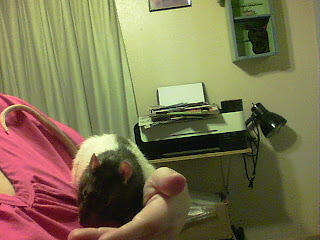 For me though, It's a time to reflect on the boys I have and the rats I've lost. 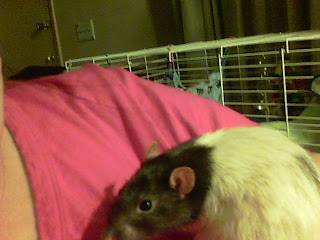 Fang here was a sweet little guy who I lost much too early. 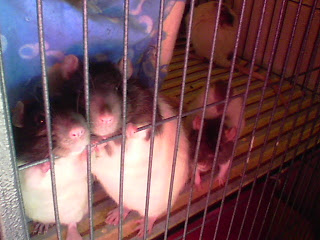 Rats do make great pets and I hope with all the rats pictures and stories I've been telling my readers for years that some non rat lovers see that they aren't vermin or pests like some tend to believe. 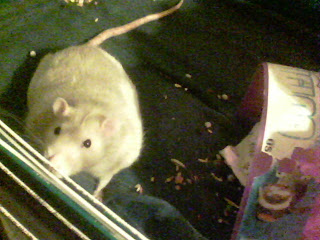 They are sweet, loving pets.

Posted by Mary Kirkland at 8:00 AM 7 comments

A To Z Blogging Challenge: D is For Dreams

I've had nightmares since I was a little kid, it used to drive my parents nuts because I'd always go to bed scared and sometimes wake up screaming. As I got older the nightmares got worst and at times even morphed into Night Terrors where I would wake up kicking and fighting. Or wake up so scared from something in a dream that I actually couldn't move for a few seconds.

I'm 43 years old and the nightmares have never gone away. I've tried anti anxiety meds, sleep meds like Ambien, relaxation techniques as I'm falling asleep, even tried having lucid dreams thinking I would be able to take over the dreams as they got bad and turn them around into something good, but I've never been able to have a lucid dream.

After so many years I've gotten used to the nightmares and they no longer bother me. I have nightmares at least 6 nights a week, every week and have since I was a kid. But I figured if that's what's gonna happen I might as well try to steer them into some sort of theme each night. While I can't have lucid dreams I can sometimes steer them into a certain direction if I think of certain things as I'm falling asleep.

So One night I thought about vampires, vampire movies, vampire books...ect. Sometimes it will actually work and I'll have dreams centered around vampires.

If I've seen a particularly good movie earlier that day I'll think of the movie as I'm falling asleep and sometimes the theme of the movie, the characters or an actor will appear in my dreams. So I can look at my dreams as horror movies in my head and I rarely get really scared from them anymore.

And yes, before you ask...I have tried thinking of fun movies, comedies, something good that makes me feel safe and each time I do it turns into something bad or scary in my dream.

I still scream in my sleep, I still kick, punch and yell curse words...which used to really make my daughter laugh when she would hear me screaming obscenities out in the middle of the night. She would come to me in the morning and say, "Do you know what you said last night?"

It's funny because Ken and my daughter both say that I sound mean sometimes when I'm screaming obscene words in my sleep. One time they both told me I said, "You're mine now. I'm gonna split you open like a ripe banana." They both told me that I sounded really menacing as I said it. lol

I saw a psychologist about 15 years ago to see if there was anything I could do about these nightmares. She told me she thought I had unresolved anger issues and that's what was causing all these bad dreams. That very well could be the case but if I have unresolved anger issues...they are probably going to stay unresolved because they would be with my parents. While my brother and I were growing up they were both mean alcoholics and my dad beat my mother on a regular basis until they divorced when I was 12 years old.

I think I resolved my issues with my mom before she passed away 2 years ago. She quit drinking and we had a good relationship. My dad on the other hand is now 80 years old and takes no responsibility for anything that happened. He won't even talk about it, but he stopped drinking a few years ago and we get along alright now. He and my mom were even friends as they got older and family get togethers were a lot easier. My anger issues may never get resolved and the nightmares may never go away but I've found a way to deal with them.

Do you have nightmares or good dreams most of the time?