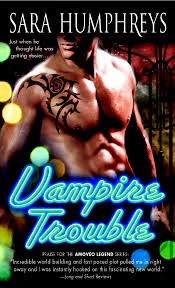 A fledgling vampire ignites a war...

Maya remembers the last moments of her life as a human with haunting clarity, and every man she meets pays the price...until Shane. Finding herself in the middle of a bloody fight between vampires and werewolves, Maya has no choice but to let the devastatingly sexy vampire guard get close to her.

And that's not all that heats up...

Shane Quesada, a four-century-old vampire sentry, is known for his cold, unemotional precision, but once Maya begins to invade his dreams, his world is changed forever. His job to protect her is swiftly replaced by the all-consuming need to claim her as his own. 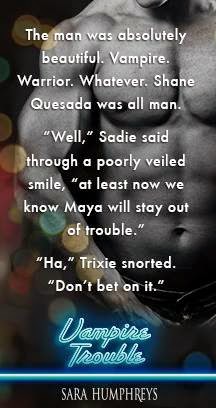 Shane Quesada is a 400 year old vampire and he's never met anyone like Maya. When he slips into the dreamscape with her and witnesses the nightmare of her last night as a human, he feels a pull towards her that he's not felt before and it and she intrigues him.

Maya Robertson had been beaten and left for dead the night she had been turned into a vampire. Still having nightmares of that awful night she satiates her her blood craving by toying and drinking from men who are like those who hurt her, but she never lets it go any further than a blood meal for her and they have no memories of what she's done...a win win for her.

With Shane's help, Maya finds things out about herself and her past that she had no idea about. Family secrets that are usually passed down from one generation to another but that she had forgotten all about since being turned are just one of the great twists in this book.

I really liked Shane and Maya's characters, they were quirky and pretty much exact opposites but they somehow fit together so well. Maya is a rule bender, a bit of a trouble maker while Shane is the exact opposite. He follows the rules and is asked to keep Maya out of trouble because people or *vamps* know he can be depended upon.

Maya first comes across as a frail, scared soul who uses her bad girl persona to cover what she's really feeling. So it was nice to see her grow through the book and become a strong woman who kicked some serious ass, with a little magical help.

Shane wasn't hard to like at all, I fell in love with him right from the start. What's not to like about a tall, good looking, 400 year old vampire who puts up with a young female vampire and all her antics but can still show a softer side.

If you like vampires, werewolves, ghosts, secret necklaces, magical pregnancies and a great love story then this is exactly what you've been waiting for. 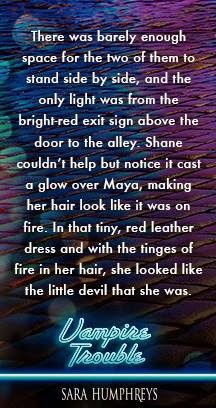