Somehow Cousin #2's brother got pushed down into the rocks and he hurt his knee. That's when the fight broke out. It started in my courtyard and they took it across the street. Someone called the police and they showed up but no one was arrested. 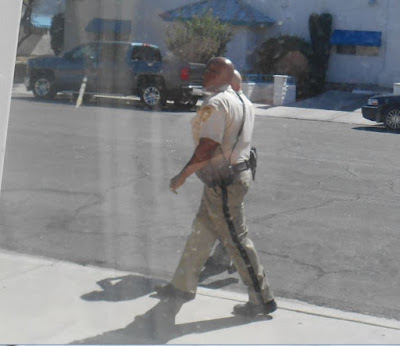 Here are the police walking into my courtyard to talk with Cousin #1 and 2. 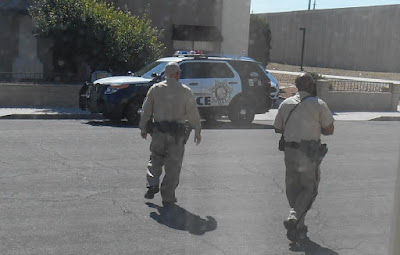 And here they are leaving. I took all the pictures from my bedroom window.


So that's it for this week's Apartment Hell  Life! Be sure to come back next week for more.
Posted by Mary Kirkland at 12:00 AM 36 comments