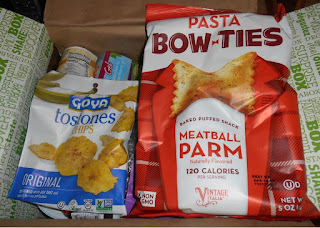 So far the only thing I didn't like was the hummus. I made chicken thighs one night and we tried the Korma sauce and it was just ok for me. Ken and I both started opening packages right away and sampling everything. He liked the meatball parm chips while I liked the rosemary and the twice fried plantains. The jerky was really good too and even Falcor had a bite of that and seemed to enjoy it.

If you don't live in the US, they now have a Great Britain Website. Now here's a treat for you. If this box looks like something you'd like, you can use code MARYK-ACB and get your first box half off. That's a big box of food for only $10! and you can cancel anytime. So if you're interested, go to the DegustaBox site and sign up and don't forget to use my code to get your first box for just $10. 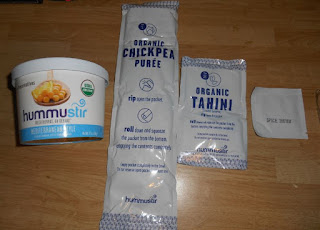 I've never had hummus before so I was excited to try this. When I opened it, there were several packets that you squeezed into the tub and mixed. It even came with a wooden spoon for mixing. 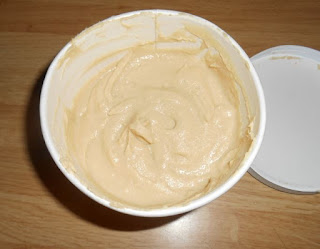 This is what it looked like after it was mixed. Reminded me of glue and I didn't care for the taste. Ken said he plans on getting another flavor of hummus for us to try but even the texture of this was gritty and not my favorite experience. It looks like something I would patch holes in walls with, not eat. lol So this turned out to be something that we really didn't like. 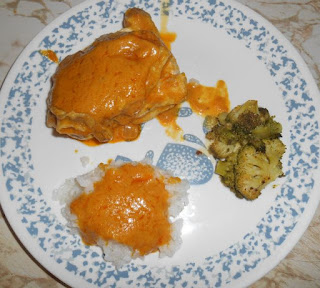 I also made the Korma simmering sauce with some chicken, steamed rice and sauteed broccoli. I don't eat rice often but I had a little that night. For me and Ken too this sauce was just alright. it wasn't good on the rice and I ended up not eating most of that but on the chicken it was just alright. Not something that I would buy again.