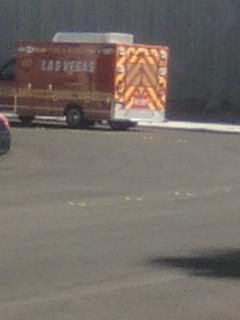 The ambulance showed up for someone in drug dealers apartment this week. They were sitting up and talking so I don't know what was wrong with them.
The police also came to drug dealers apartment but I didn't know about it until afterwards. One of my neighbors saw it and told me. She said a bunch of people around here think he's a police informant and that's why the police are coming to his door so often but only stay for a few minutes and then leave with no one arrested. I mean, that would make sense. It would also explain why when he gets arrested, the police don't keep him for very long and he's still able to keep dealing from his apartment when the police know what's going on there.

My neighbor also told me that drug dealer and his wife just got a 30 day notice and that management aren't accepting their rent money because they were informed that they know they are selling drugs from their apartment and they just want them out. Ha! Drug dealer's wife told the other neighbor that she's going to fight it in court but I think the most she'll be able to get is an extra 30 days. We have something here called a 30 day No Cause. Meaning a landlord doesn't have to give you a reason for evicting you, all they have to say is they want the apartment back and the judges usually side with the landlords. So they might be gone in a couple of months. I can only hope.
--- 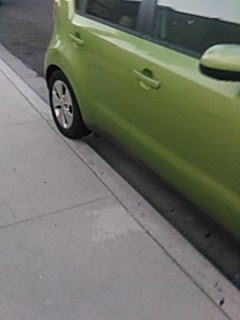 My neighbor parked his car with his back wheel completely up on the sidewalk. Someone doesn't know how to park their car. lol 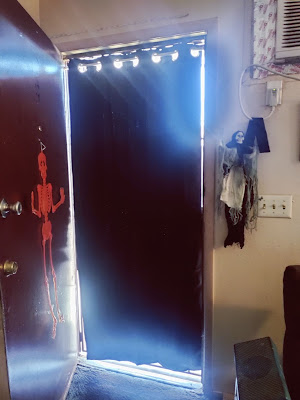 My daughter bought a small curtain rod and a curtain panel to hang in the doorway. It's almost open door season and we got sick of the nosy neighbors walking by looking in. I swear some of the tweakers look in making me think they are casing my place to see what they might steal. Now they can't see anything and the curtain is light enough to still let in the cool air.
---
The high this week was 89F/31C
The low this week was 59F/15C
So that's it for this week's Apartment Hell  Life! Be sure to come back next week for more.
Posted by Mary Kirkland at 12:00 AM 39 comments