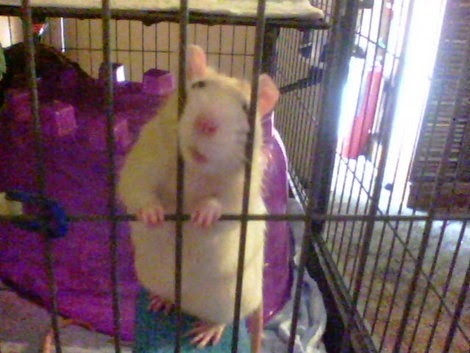 New drugs, products and chemicals are often tested on animals before making their way to the market for human consumption and use. No matter what side of the animal testing controversy you're on, finding a new way of testing that doesn't involve cruelty to a living being is a good thing.

What Products Get Tested On Animals
A lot of the products that we use everyday get tested on animals including medical procedures, medicines, shampoo, perfume, cleaning agents, cosmetics and medical devices. They are tested on animals before they ever make their way to us.

Human Skin Equivalent
Scientists have developed a skin equivalent called SkinEthic and EpiDerm that scientists can use instead of animal skin to measure the corrosiveness and irritation of a product. According to the New England Anti-Vivisection Society, "Some alternatives to the use of animals in testing include: in vitro (test tube) test methods and models based on human cell and tissue cultures, computerized patient-drug databases and virtual drug trials, computer models and simulations, stem cell and genetic testing methods, non-invasive imaging techniques such as MRIs and CT Scans microdosing (in which humans are given very low quantities of a drug to test the effects on the body on the cellular level, without affecting the whole body system)."

Using alternative methods are also more cost effective because there are no animals to house, feed, care for, look after or dispose of after they are tested on and the tests are over. Being cruelty free is something more and more companies are looking to be since more and more people are in the market for cruelty free products. Animal testing is not something that most people want to see still happening when there are alternatives to it. Some companies have gone the way of no longer testing on animals so we know it can be done elsewhere.

What are your thoughts on this?
Posted by Mary Kirkland at 12:00 AM 12 comments