Easily Microwave Corn On The Cob 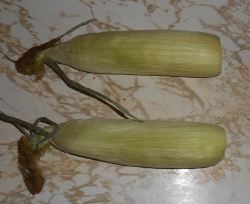 Last year I saw on FB this meme that showed how to cook corn on the cob in the microwave and be able to slide the husk off along with all those silky hairs that love to cling to the corn and get stuck in your teeth. lol 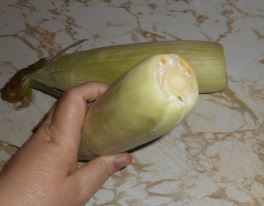 Step 2...cut the end off high enough so that the husk isn't attached to the end.

Step 3...microwave each stalk for 2 minutes. If cooking 2 stalks microwave for 4 minutes. Only cook 2 stalks at a time. 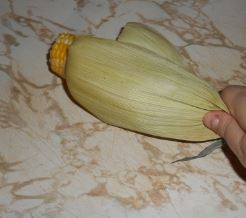 Step 4...let cool for 5 minutes and then squeeze the closed end, pushing the corn out the open end you cut off. 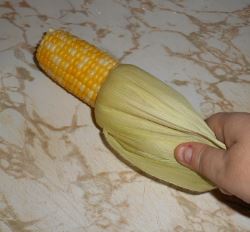 Keep squeezing until corn is free. 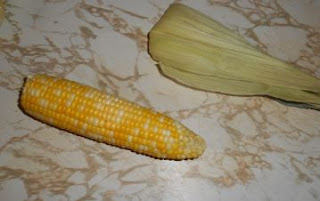 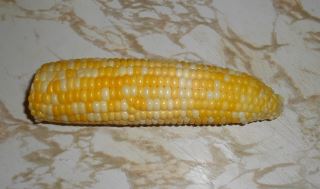 There was only one silky hair attached to this ear of corn and the other one was the same. The clean up is so much easier and the cooking time is so much faster. And it tastes really good, just as if you boiled it for 30 minutes but with out the scalding hold water. 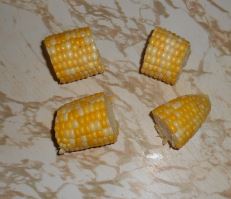 I cooked a small ear for Flower and cut it into 4 small pieces. I let them cool, gave her one and put the others in a zip lock baggie for later. It takes her a day to eat one piece. But I only give her one every couple of days. The pieces can also be frozen and thawed out later. 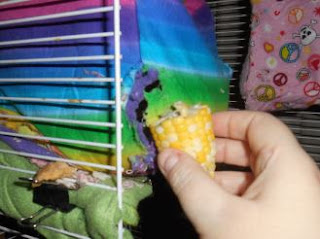 I took a small piece of corn and held it up to her window. Hey, she worked hard on these windows. lol 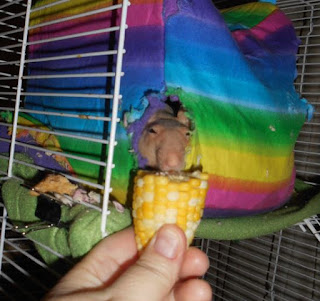 She stuck her head out the window and grabbed the corn... 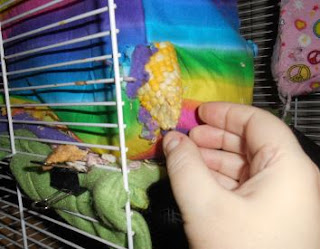