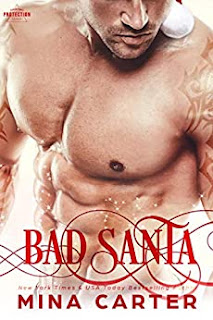 Book Description
She’s finally free… if she can stay alive.
Freed from marriage to a brutal pixie warlord by his death, Joy knows her life could be counted in weeks… days probably. her husband’s death put a price on her head as every pixie warrior in the city plots to claim her and take her husbands place as Lord. Surviving long after that… yeah, she’s not that stupid. Her only chance is to take down her late husbands criminal empire before they can stop her. Behind bars, she can make sure none of these bastards hurt anyone ever again. But for that, she’s going to need some help…
Help that arrives in the form of PPA operative Nick, a panty-wetting, ripped… actually, she’s not sure what he is. He’s strong, ruthless and might just be her only chance at making it to Christmas alive.
Frost killed his wife, so now Nick’ll take what belongs to him: His daughter.
Since the death of Mrs. Claus thirty years ago, Nicholas Claus has been hunting down Jack Frost to make him pay. The original Santa, he’s not always been the guy in the red suit and working for the PPA allows his… other side out to play. The side that is far older and way more dangerous than the chocolate box image.
hen a new case drops Frost’s daughter right into his lap, he can’t believe his luck. All his has to do is put the girl in danger and wait for daddy dearest to show up. But Joy is different, unlike any woman he’s ever known before, and Nick finds putting her in danger is harder than he thought. Posing as her lover is the easiest thing he’s ever done. The hardest? Telling himself that it’s all for show.
But when his enemy finally shows, will Nick take his vengeance for the woman he loved… and lose the woman he loves forever?
My Review
There will be spoilers.
Nick is the original Santa but after Jack Frost killed his wife, all his time has been spent tracking Jack down so he can get his revenge. Nick's family has taken over the cheery Santa duties and Nick now works for PPA (Paranormal Protection Agency), where he can put his other abilities to work. So when his next job comes through and Jack Frost's daughter is the woman he has to keep safe, he plans on using her to lure Jack out of hiding...until he starts having feelings for Joy.
Joy just got out of a bad marriage when her crime boss husband died and is on the run from her husband's people because if they find her she's not sure what they will do. Joy is now the head of her Pixie clan but she'll have to prove that she can stay on top since other Pixies want the top spot and aren't wanting to have a female boss, so they aren't going to make it easy for her.
Nick had been hired to keep Joy safe but she wasn't helpless and had defenses because of who her dad was. When Jack Frost does finally show himself to his daughter, Nick is furious and there's a huge fight between them. Once Joy realizes that Nick used her as bait to get to her father, she leaves with her father.
Now for what I didn't like about this book. Jack Frost didn't have anything to do with his daughter because he knew Nick blamed him for Mrs. Claus freezing to death but it was an accident that Jack had nothing to do with. So when Joy forgives Nick and they get back together, it just made no sense to me. She spent her entire life being treated badly and sold into a marriage that she hated all because her father couldn't show his face around her because he knew Nick would try to kill him or his daughter if he did. The story and the secondary characters like Rudolph and the other reindeers being shifters was fun but there were too many things that bothered me about this story for me to like Joy and Nick's relationship. Santa was a jerk and that didn't sit well with me.
I give this book 2 out of 5 stars.
Amazon
Posted by Mary Kirkland at 12:00 AM 27 comments