This week I'm going to share a little back history and some of you that have been reading my blog for a long time might recognize a few of these pictures.

We've lived in this apartment complex for 20 years and we've had 8 apartment managers in that time. When we first moved in we were paying $375 a month for this 600 sq foot 1 bdrm apartment. In the past 20 years the rent has only gone up $200 and that's one of the main reasons that we're still here. The neighborhood has gone to shit but people come and go pretty quickly and we have new neighbors all the time.

When we first moved in 20 years ago it was a quiet neighborhood but as time has gone we've seen more and more drug dealers moving into the neighborhood. More police, fire engines, news people and more scammers around here. 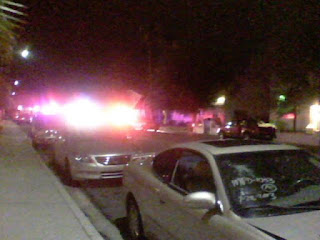 A few years ago we had a murder across the street. Some guy busted down an apartment door and shot both people in the apartment, killing one of the people. 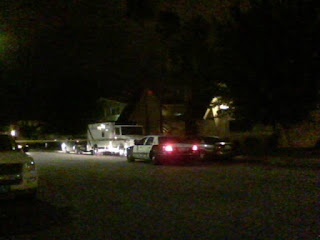 The police, news, CSI and coroner showed up. But that wasn't the only murder around here. There have been 3 murders on my street and behind the store parking lot on the other side of my apartment complex.

The police seem to be on my street quite often and I usually take a picture of the cars from my bedroom window to document how often they come here. 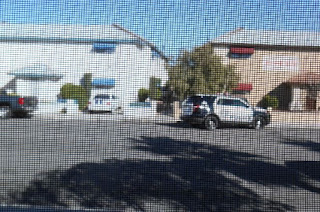 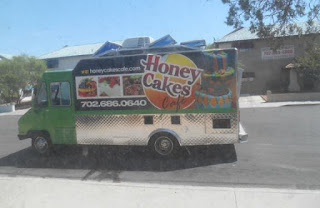 I never know what I'm going to see when I look out my bedroom window. One time there was a food truck sitting there and people from all the apartment complexes started walking over to it. They did good business that day. lol 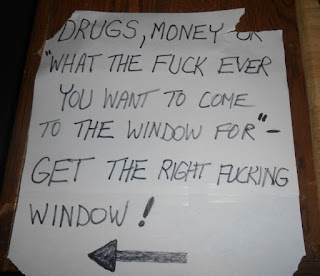 For the most part we've gotten along with most of our neighbors but sometimes the drug dealers have people knocking on their bedroom windows at 3am and they get the wrong apartment *Mine* and then Ken gets mad after it happens 3 or 4 times and makes a sign so the idiots know what window to knock on. 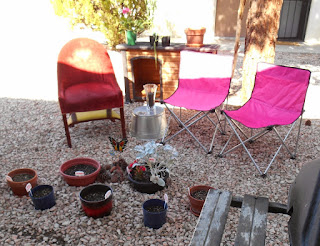 And then there was the neighbor who lived right next door to us that set up chairs and planted some flowers in pots right in front of my door and directly behind my bbq. She even took a small dog house and put it behind the chairs for her small daughter to play in but her daughter wanted nothing to do with it. This person got evicted within a couple of months and the manager threw all of this stuff in the trash. 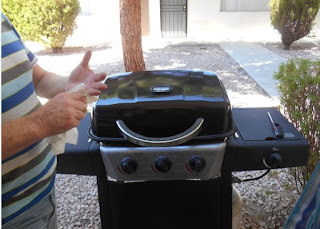 Someone gave us their bbq when they moved out and then the manager decided that she didn't want anything outside, not even bbq's unless you were using them. So we gave this to someone else. Our place is small and this was a big bbq, we just didn't have room to store it inside.

So that's all for this week but I'll share more about Apartment Hell  Life next week!