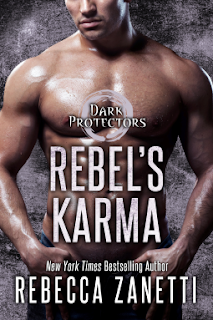 Book Description
There's no denying destiny . . .
For too long, Benjamin Reese has masked his deadly skills and temper with loyalty and humor. A vampire-demon hybrid, he fiercely protects his family, guards his brothers, and destroys the enemy without mercy. But when he discovers one fragile, beautiful blonde—a woman once mated to a Kurjan, no less—every primal instinct he has buried for centuries roars to life. With the mating mark she roused on his hand entwining their fates, no one will prevent him from keeping her safe and making her his, forever . . .
Or desire . . .
Karma wishes she could remember her last name. Or if she even had one. All she has in this confusing new world is a desperate duty to save the innocent. That means destroying the dark, dangerous, and desirable Benjamin Reese and everything he loves—an impossible task even before his touch arouses a passionate hunger she can't afford. She's certain a deadly enemy watches her every move, but it's not until Benny kisses her that she tastes true danger…
My Review
Benny had let himself get captured so he could find Karma. When she finds him in one of the holding cells and tries to help him, he let's her know that he's been looking for three years for her. He wants to save her from the Kurjans but she's not sure she can trust him. Karma had once been mated to a Kurjan and now can't be touched by any other males or they will both develop a rash. Benny is a demon vampire hybrid and he tells her that he came back for her because the mating mark appeared on him three years ago when he touched her and tried to save her but she doesn't believe him at first.
Once back with his people, Karma thinks that Benny is bringing her with him so she can be killed or so that the queen can do experiments on her. But even though she slowly begins to accept that they aren't going to kill her, she has a huge secret. When Benny and the others realize what her secret is, they aren't too happy but they don't know if she's in on it or being coerced. They also don't know that the dead mother of the twin girls she left behind keeps badgering her to go back and save them from the Kurjans.
I really liked how Benny is with Karma and how Karma finally finds herself among all of them. Benny is my favorite of the seven so far. He's such a warrior and he knows that the final battle is going to happen before the others think it's going to happen but he really proved that he was worthy of someone like Karma.
This book was interesting since we get to see the Kurjan's from Karma's perspective. The Kurjan's and Ulric are crazy dangerous and now we know that they have to be taken out and hopefully the seven will be able to do it soon.
I give this book 5 out of 5 stars.
Posted by Mary Kirkland at 12:00 AM 24 comments