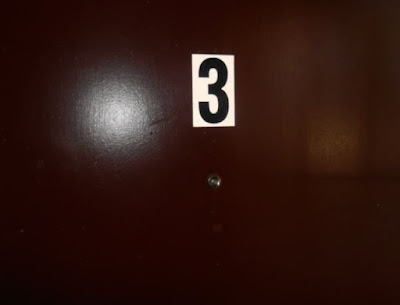 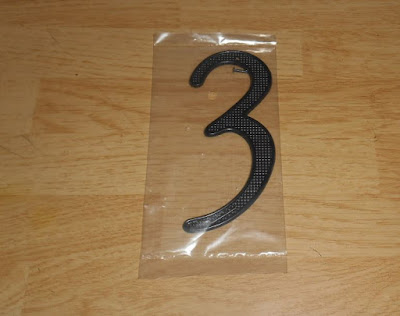 This week the newest manager handed out these black metal numbers and told everyone to use the nails and nail them to the doors and remove the stickers. LOL


These are the same exact metal numbers that had been up on the wall near the doors before the stickers! I have a security door on my door so if I were to put this on my door, no one would even be able to see it because it's dark on dark. Ken said he's going to paint it bright silver and then put it on the door.

As of today, no one has put these numbers on their doors. If she really wanted them up she would have done it herself or had the maintenance man do it. Most of the residents here won't even bother to take their trash bags farther than outside beside their doors and she really expects people to take the time to put up new numbers? It's never gonna happen. Maybe the next manager will just spray paint big numbers on the doors. Who knows what will happen. 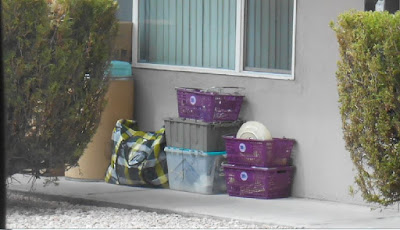 And last Friday one of the women in my courtyard decided that she didn't like the new $50 fee each month for not having Renter's Insurance and she went down to the office and threatened the apartment manager's life. Real smart. So the manager called the police *I didn't see them come* and they took a statement. Then On Monday the manager gave the woman a 3 day nuisance eviction notice. So she had until Thursday at 5pm to move out. She started moving out on Tuesday and now she's gone. She didn't have all of her stuff out on Thursday evening when the manager came to change the locks on the door so she brought out the rest of her stuff and sat it outside her apartment. That's what I took a picture of. 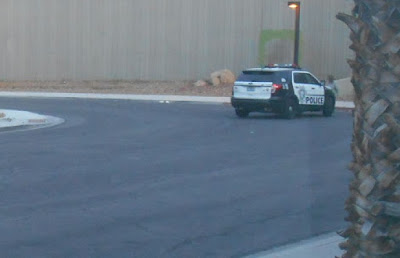 Then yesterday *Saturday* my neighbor knocked on my screen door and asked me to call the police for him. The woman he has staying with him had been yelling at him for over an hour and wouldn't leave because she said he must have taken her wallet since she couldn't find it. The police came, her brother showed up and the police made her leave. The police told her she could come back tomorrow and get the rest of her stuff and they could call them back if they had any problems. She was one of the trouble makers that got evicted last month and when she had no other place to go, she went to him and he let her stay there. After everyone left he came back to my door to thank me for calling them. She hasn't shown up yet today.

So that's it for this week's Apartment Hell  Life! Be sure to come back next week for more.
Posted by Mary Kirkland at 12:00 AM 34 comments