What I did While I Was Gone

Hi Everyone, I'm back. Did ya miss me? Of course you did..lol

So first off, today is my and Ken's 26th Anniversary. We've been together for 26 years. You'll notice I didn't say wedding anniversary because we're not legally married but 26 years is a long time and we consider ourselves married after all this time so we celebrate.

Before we even got the week started, we had all kinds of drama across the street. One of the guys that lives in the downstairs apartment had some friends over and went out to get something. But when he got back home a short time later, all his friends were gone and on his living room floor...was a dead woman who had overdosed on drugs. 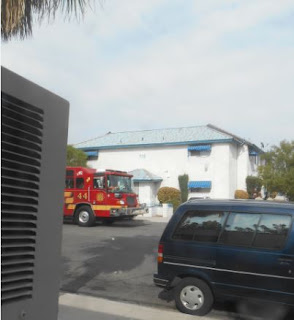 His wonderful friends had just left her there and split and didn't even bother to call 911 or even call him and let him know. So when he got home he called 911 and the police and paramedics showed up and then a detective and then the coroner. They were all out there for hours. 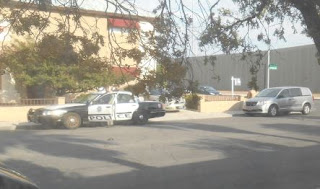 That gray van behind the police car is a detectives vehicle and he got out with a DSLR digital camera with one of those long lenses. 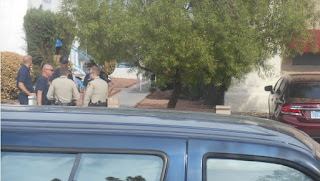 The paramedics and police stood around for quite a while until all the crime scene photos were taken and the medical examiner came and took the body away. I didn't take a picture of that because it just seemed in bad taste since a person did lose their life.

The rest of the week was nice and quiet for the most part. My brother and sister in law got into town and we spent it visiting. 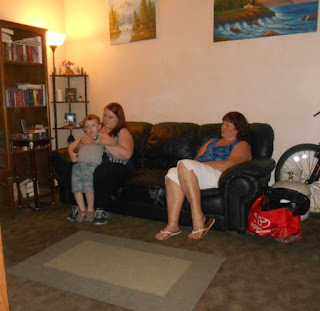 My daughter and grandson came over to visit on Monday because that was her only day off of work while they were in town. 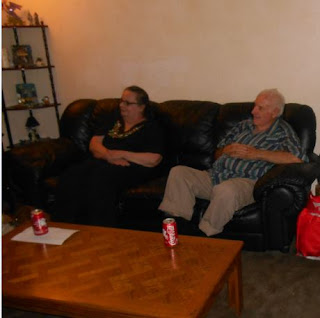 Then on Tuesday my dad and step mother came over for a bbq. 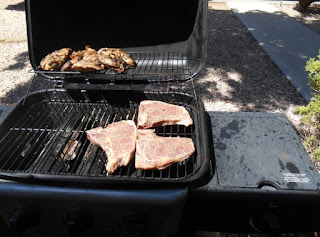 I don't eat beef anymore so I opted for chicken and several others did also. Just my brother, dad and step mother wanted steak for the bbq. 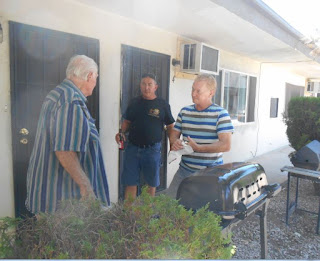 The guys had a good time standing around the bbq talking and cooking. 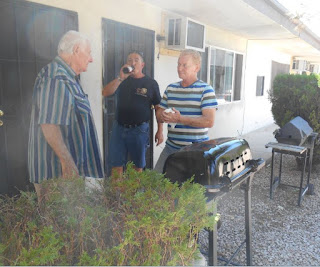 From left to right that is my dad, my brother and Ken. My dad is 83 years old and still drives and gets around really good. 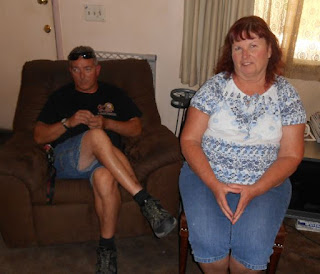 My brother and sister in law.

Ken went to California on Wednesday to dog/house sit for his sister so I have the apartment all to myself for the next 3 days. Party Time!

So what have you been up to this past week?