What You Should Know Before Donating Hair to Locks of Love 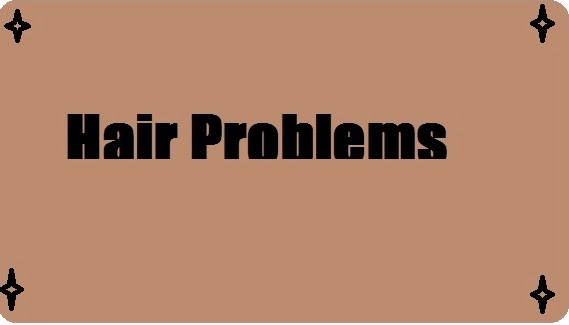 Many people with long hair, like myself get told that they should cut their hair and send it to locks of love. When I'm in the salon chair the person cutting my hair has on occasion told me that if I wanted to cut off 10 inches of my hair I could send it to locks of love and they would make a wig for a cancer patient. I'm sure you have heard this too, but the real truth is not all kids that get wigs are cancer patients. Most kids have a disorder called alopecia areata that has no known cure.

You should also know that they will not use hair that is less than 10 inches long, isn't in a pony tail or braid or has been swept up from the floor. The hair they can't use they sell. Before someone cuts their hair off to send to them, you should do some research. When I looked at their website I found out that a lot the wigs they do give out aren't free to the kids. They have to pay according to their family's income level, a sliding scale fee.

Locks of Love FAQ pages states that they do sell some of the hair donations they receive," Hair that is short, gray, or otherwise unusable will be sold to help offset manufacturing costs. Locks of Love DOES NOT throw hair away unless it is wet and moldy or not bundled in a braid or ponytail when it is received."

They also state that they will accept gray hair donations but they will be sold to offset costs as gray hair cannot be used to make wigs for kids. They also say they cannot use bleached hair as it disintegrates during the manufacturing process.

Their FAQ section also states it takes between 6-10 donated ponytails to make one hair piece for a child. If you want to sponsor one Locks of Love child for what they call one cranial prosthesis, it will cost the sponsor $1000.00.

For a child or their family to apply for a hair piece they have to send in a completed application, a medical diagnosis from a doctor, photo of the child, two letters of recommendation from teachers, friends, coach ect, telling why they would benefit from a hair piece. They also require a most recent tax return or other proof of Social Security, Welfare ect. The family has to prove they are financially disadvantaged.

When they are approved a plaster mold is made of the child's head so the prosthetic can be custom made. The child can also ask for a specific color of hair.

They state they are a not for profit organization that provides hair pieces to children that are financially disadvantaged and 18 years old or younger, but how much money do they make by selling the hair that's donated but they say unusable in these wigs? The Locks of Love financials page shows they made millions of dollars in 2007.

There is no way for someone to know whether or not the hair they donated was actually used for a wig or was sold for money. According to A New York Times Article Locks of Love ships the pony tails and the plaster molds to a company called Taylormade.

This New York Times article states that the wigs are actually made in Indonesia, so Taylormade must take the mold and order and send everything to a company in Indonesia for the prosthetic to be made. It can take up to six months for the child to get their wig.

Locks of Love states they consider the retail costs of the prosthetics to be between $3500 and $6000 but Taylormade says they sell the custom made wigs to Locks of Love for $1000, which Locks of Love pays for with donations.

So before you donate your hair to Locks of Love, you should remember that some hair is unusable and sold or thrown away. Hair that has been weakened by chemical processing and won't survive the manufacturing process or is sent in wet or moldy is tossed in the trash. Gray hair and hair that's fewer than 10 inches long or isn't sent in a braid or pony tail is sold to cover the charities' over head costs.

If you really want to donate your hair to charity, a better way to do this and make sure the money gets to the kids that need it is to sell your hair and send in some or all of the proceeds. Websites like The Hair Trader will let you list your hair for sale for free. Some people on their site have made $1000 or more from selling their hair.

When most people think of Locks of Love they think that cancer patients get the hair and get a free wig, but the hard truth is that Locks of Love doesn't consider the loss of hair because of chemotherapy to be a long term loss and therefore most of these kids are given synthetic wigs that look less like real hair.

Locks of Love calls itself a not for profit organization yet they do generate a profit, they say in order to cover the costs of manufacturing the prosthetics and over head. Non profit organizations are allowed to generate a profit for themselves yet most don't. Locks of Love says they receive 2000 donations per week and it takes 6-10 pony tails to make each wig. With all the donations they had they should have been able to make over 10,000 wigs, yet as of 2005 they had only made 2000 wigs since the organization had started in 1997. Where did all of that unused hair go?
Posted by Mary Kirkland at 12:00 AM 7 comments