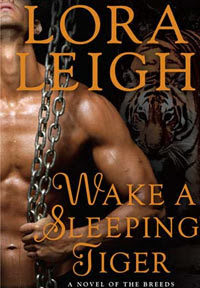 On a moonless Navajo night, the recessed Bengal Breed known only as Judd became Cullen Maverick, grandson to one of the Chiefs of the Six Tribes of the Native Americans.

Bengal genetics, usually so fierce as to be labeled primal, was recessed so deep inside Judd that no hint of it can be found. A phenomena so rare it’s been notated only a few times. And there’s no way, it’s believed, to force those genetics free once they’ve disappeared past the genetic level.

Now, as commander of the Navajo Covert Law Enforcement Division in Window Rock, New Mexico, Cullen leads his six agents in protecting the treasures of the Navajo Tribes by ensuring they remain safely in Navajo possession.

Added to this mix is none other than the delicate Window Rock police detective determined to stick her pretty little nose in his business.

And once Cullen realized the animosity that keeps flaming between them is far more than he imagined, then the Primal Breed that’s lurked inside him comes out to play. And when that beast decides to make itself known, Cullen suddenly remembers all the reasons it was better off sleeping.

A few days ago I was a guest reviewer over at I Smell Sheep and I reviewed this book there. So if you have a few minutes, I'd love for you to go over and read my review and let me know what you think. I've been reading this series for years and it's one of my favorites.