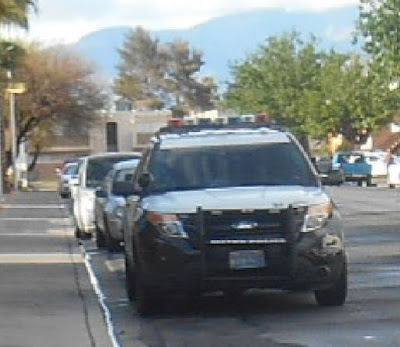 It's not a very good picture but there are two police cars here, one in back of the one shown. The police showed up on Wednesday because 2 of my neighbors got into a shouting match that only lasted for a few minutes but one neighbor said he was going to set fire to his apartment and since he lives right next door to the other guy, he got worried. The police came, took statements and no one was arrested. No fires have broken out so that's good.

It was quiet the rest of the week.