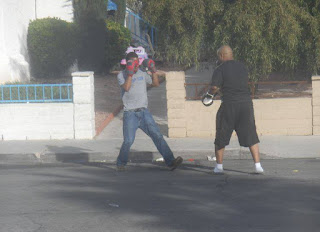 Back in February of 2016 these two guys across the street from me put on boxing gloves and started duking it out right in the middle of the street. 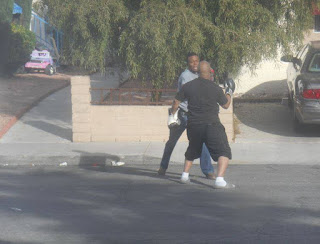 They hit each other a few times and then called it quits. I guess they got tired. I thought this picture was funny because the look on that guys face says, "Oh shit, he's gonna hit me!" lol

The bald guy always thought he was a badass around here. He was a security guard somewhere and always wore his gun on his belt. This is an open carry state so he was allowed to do that but with the police being in this area so often, I always thought he was just asking for trouble doing that.