My Rat Ate My Homework! 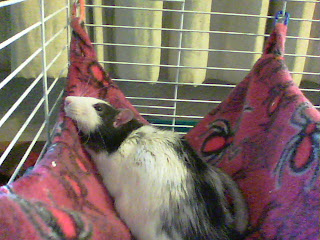 This is Lucky. He looks like he doesn't have a care in the world right now, doesn't he? That's because when I took this picture he'd had a long night of shredding paper! My rat ate hubby's homework Dr. Referrals! 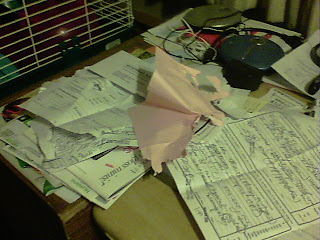 There's a little shelf that sits right next to Lucky's cage, you can see here how close the cage is to the papers. So that night after we went to bed, Lucky decided he wanted to have some fun and shred the paperwork. It must have been just close enough to where he could pull them in. As you can see...he did a good job tearing these up. I pulled all of these out of his cage. 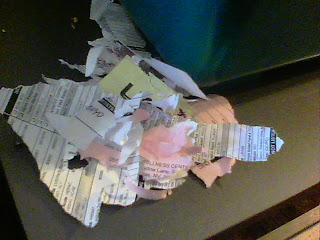 These were the little pieces scattered around his cage. 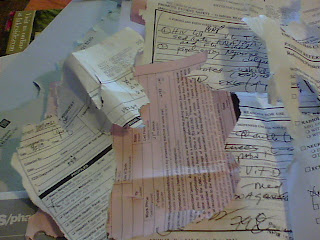 There are holes in some, almost nothing left of others and just little bites taken out of one or two. 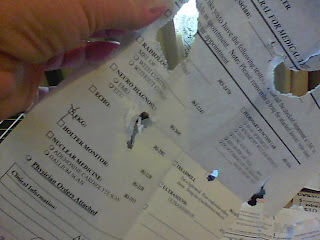 I don't know how he got holes in the middle of this paper, but he did. So poor Ken had to call his Doctor and explain to the secretary that his rat ate his Dr. Referral and he needed another one.

She doubted him until he said he would bring pictures of the rats ..then she just laughed. When he arrived down at the doctors office the next day one of the other ladies behind the desk looked at him and said, "Rats? Really?" He laughed and explained that we had rats and one of them got a hold of the referrals and tore them up.

I thought it was kinda funny.

Ken, not so much. 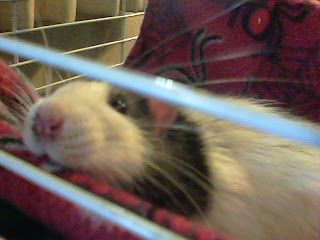 "I had fun mommy. Can I have some more paper?"