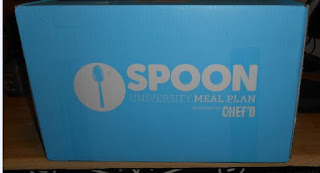 A couple of months ago I saw this freebie was available to the first 25,000 people that signed up for it. So I signed up and got this box completely free. They sent me a coupon code so that I would get this snack box for free, it's a $75.00 value if you paid them for it. 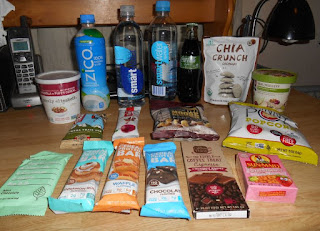 Here's what was in the box.

The only thing from this box that I've ever had before is the Skinny Pop Popcorn and it's not bad. I've tried a bite of a few of the protein bars but Ken usually gets those since I really don't care for them. For me the best thing in the box was the Oatmeal and Espresso thins. Those were pretty good. I would recommend this box to those who like these types of snacks but the $75 price tag for this is really steep in my opinion.