Lucky and the Sputnik 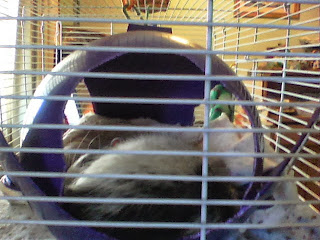 So I had two Sputnik's that I bought about 4 years ago for the first 4 brother's I adopted and while there were a few small chew impressions in the entrance's, they were still fine. That is until Lucky *The Destroyer* got a hold of them. This is a picture of Lucky in the Sputnik after I turned it upside down because he chewed so much of the bottom of the holes *entrances* that his butt would fall out when he sat in this one. 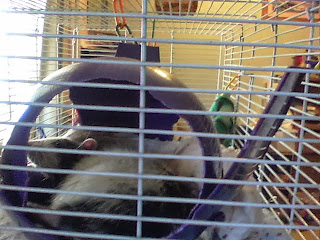 He looks comfy but don't let that fool you...he has been chewing the heck out of this thing. You can probably see the chew marks if you look through this holes and out the one on the left. 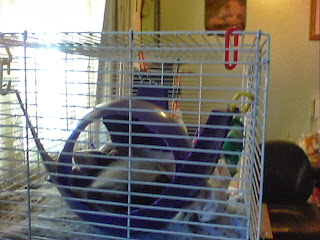 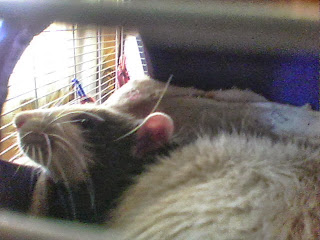 See all those little ridges where his nose is in the plastic? Yeah, that's where's he's been chewing. 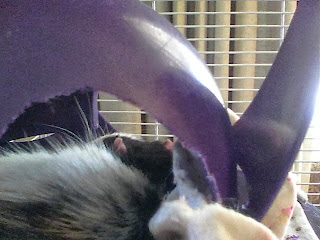 Chew chew chew...lol I had to throw the other sputnik away because there really wasn't anything left of it. I have a feeling this one will be chewed into nothingness before too soon. Guess I'll have to get another one.