So as you all know the lady who I was getting the rat meme's from passed away. But since so many of you asked that I keep the Happy Raturday posts going, I'll be sharing pictures of mine and my friends rats. 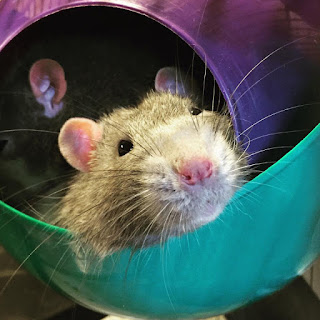 "Did you bring me a treat?" 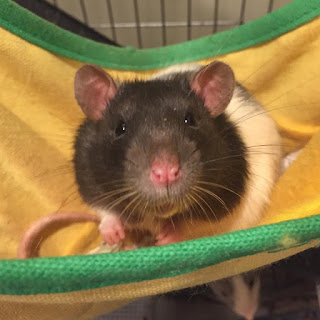 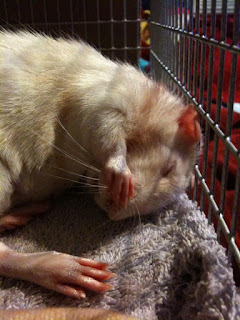 "Maybe if I didn't sleep with my paw over my nose, I might be able to breathe better." 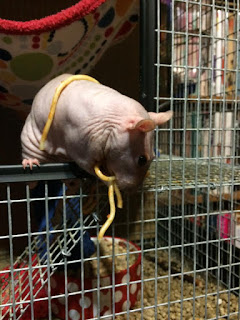 "Who knew spaghetti was wearable as well as eatable." 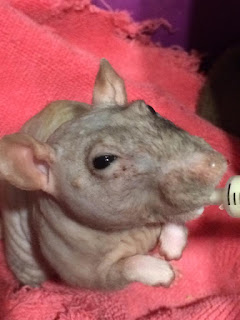 "Not sure what's in this stuff, but keep it coming." 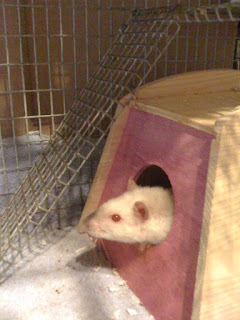 "I know I heard someone knocking on my door. Dang kids!"


And this is one of my Twitter friends. His name is Threadbare. He's a double rex patchwork rat and has no eyes. But he sure is happy, just watch him boggle and brux. *brux means he is gnashing his teeth together. Boggle means he is moving his jaw in such a way that if he had eyes they would be looking like they were going to pop out of his face.*

Here's a video of my rat, Marbles doing almost the same thing. He was bruxing and chirping which looks like hiccups. Then he started boggling and you can see his eyes doing the pop in and out thing. When they do this, it means they are happy.
Posted by Mary Kirkland at 12:00 AM 18 comments