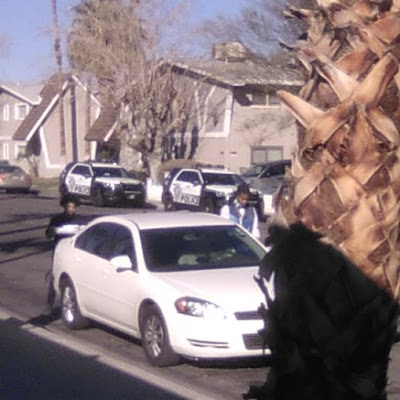 The police were across the street on Monday morning. They were walking up and down the street talking to people but I took this from my bedroom window so I wasn't outside for them to talk to me so I have no idea what they were asking people. They left after about an hour. 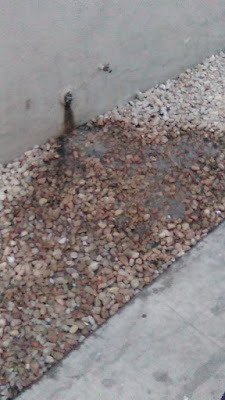 I took this picture about a month ago and didn't post anything about it because I wanted to see if maintenance was going to do anything about it. But of course they didn't and now it's been over a month. What you are seeing is raw sewage once again. If you've been around for a while you know we deal with a raw sewage problem at least a couple times a year. This is the clean out drain from the end of the apartment building across from me. Each building has one at each end of the building so when the plumbing gets backed up the plumber has a way to get his snake into the pipes. 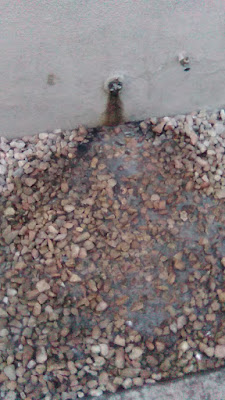 The hole has a plug on it that tightens down with a screw type of thing. So it's supposed to stop the raw sewage from coming out the end and instead go down the pipes inside the walls like it's supposed to. But it looks like the water/sewage has eaten through the cap they put on this end and the water is coming out the end anyway. I've watched maintenance walk right by this mess several times and see it but they haven't done anything about it. I've emailed the office and gotten no response. I haven't said anything to the one maintenance guy I see around here most of the time, personally because he doesn't like me for some reason. I've said hi to him a few times and he just stares at me and I know he understands me because I've heard him speaking to other people. 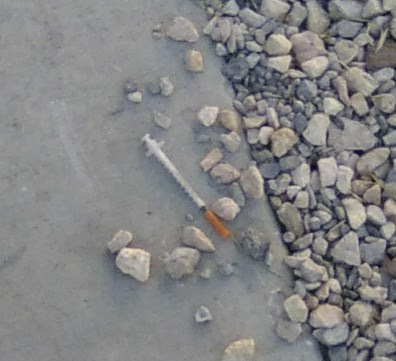 I've also started spotting used needles again. The homeless traffic has gotten worse because there's a person across the street that is selling drugs from one of their windows. I'm going to try and get a video of people walking up to the window and knocking on it and exchanging money for something small (drugs). But I don't want them to see me filming them. You just never know who has a gun around here. But they are definitely dealing from their window across the street and that has brought a lot more druggies to my street.
----
My neighbor from last week who was watching porn was singing this week and saying rude, weird things really loudly. He did this for about an hour last Sunday. 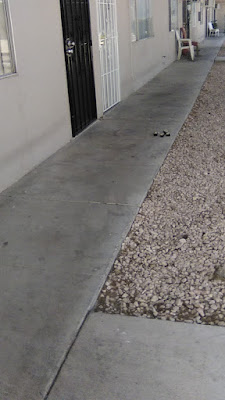 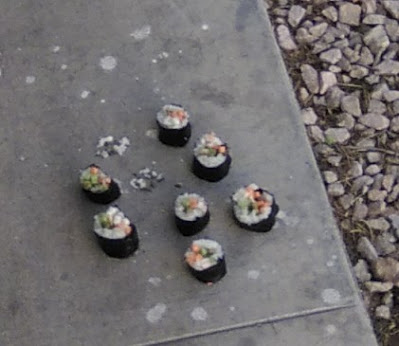 I enlarged it so you could see it better. I don't know what is up with this guy, he might have mental problems. I can only hope he moves out soon.
The high this week was 81F/27C
The low this week was 39F/3C
So that's it for this week's Apartment Hell  Life! Be sure to come back next week for more.
Posted by Mary Kirkland at 12:00 AM 53 comments