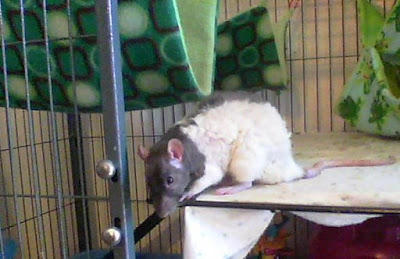 Some of my newer followers have asked me if I have rats because of the Happy Raturday posts. So I thought I would answer you. I don't have rats right now but I have in the past. I have a dog right now and when I had rats I would let them out to crawl all over the place and can't do that with Falcor around. So maybe sometime in the future I'll have rats again. I thought I would share some of the pictures of the rats I have had. This was Patches. 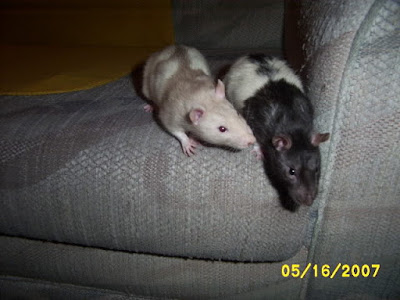 This was Oreo and Dusty 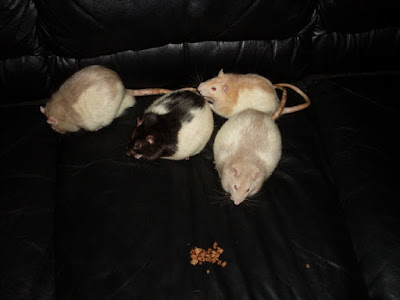 This was Ares, Brodie, Jasper and Hades. 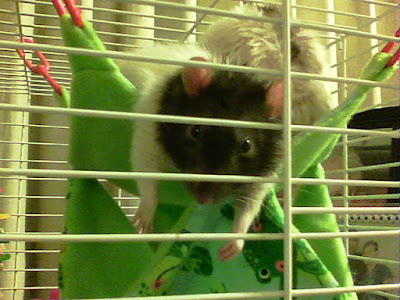 Fang. I named him Fang because he bit Ken several times. He never bit me and he and Ken did make friends after a while. It just took a little while for Fang to get comfortable with him. He would also sleep like this hanging over the hammock. Patches is sitting right next to him but you can only see his back. 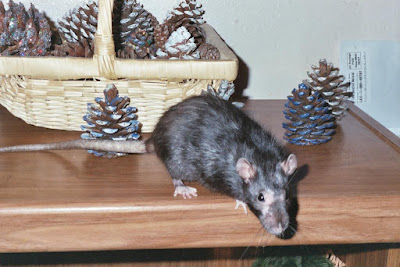 This was my very first rat, Romi. A neighbor had her and worked all day so gave her to me and Ken so she would have someone to play with during the day. 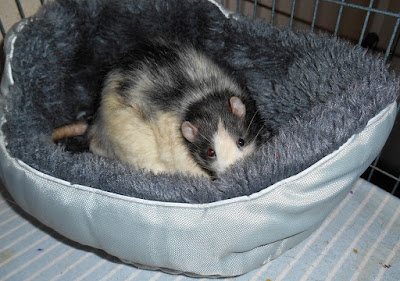 Lucky. He was in a pet store and because he only had 3 legs, they were going to kill him. One of the workers there called my daughter to see if I would want him and I said yes. He was a real sweetie. 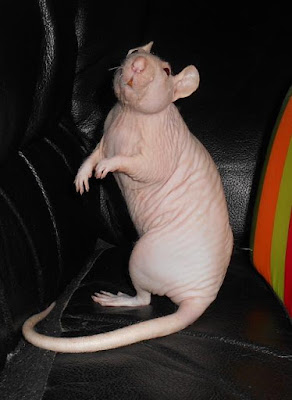 Flower. She was my only hairless rat. she loved to dive bomb our shirts and cuddle in there. 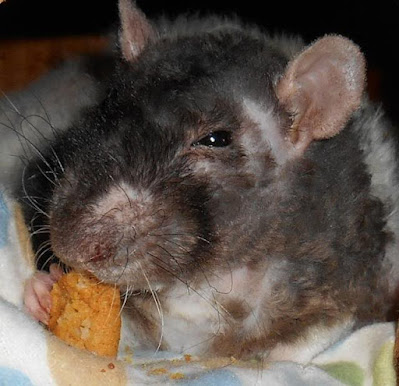 Marbles. He was my grumpy guy. You can just tell by the expression on his face. He didn't like to be held but he would come sit on the couch next to me as long as I gave him a snack. 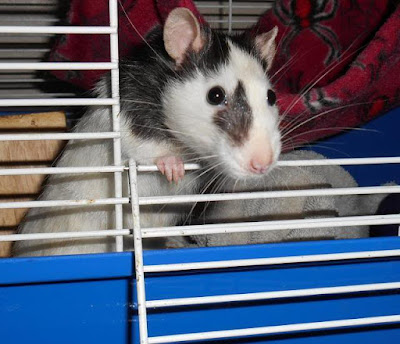 Scribbles. I would leave my coffee cup on the table next to his cage in the morning while cleaning his cage, playing with him in the morning and filling his food bowl. He would run out and sit on my cup to get a drink of coffee or tea. lol
So now you know. This is just a few of the rats I had. I also had hamsters, gerbils and fish.
Posted by Mary Kirkland at 12:00 AM 54 comments