This is a weekly blog post that I'm calling Apartment Hell  Life. I've mentioned a few times some of the crazy things that go on in and around my apartment complex in the past 24 years that we've lived here and people keep telling me I should write a book. But instead of a book, I've decided to share the crazy things that have happened in and around my apartment complex in the last 24 years here in a weekly blog post.
My daughter and I heard yelling from outside the bedroom window and went to look what was happening. A couple from across the street were arguing while he was on the phone with 911. She kept hitting him, dragging him to the ground and trying to get the phone away from him but he just kept recording what she was doing while he was on the phone with 911. My daughter got this video of what he did when the police showed up a few minutes later.
Just a quick video of the police talking to both of them separately. 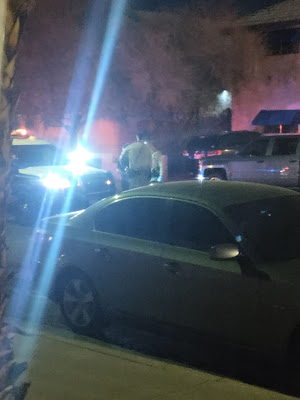 The police were looking at his phone so I'm assuming that he was showing him the video of her trying to pull him to the ground, hitting him, choking him and wrapping her arms around him, not letting him leave. 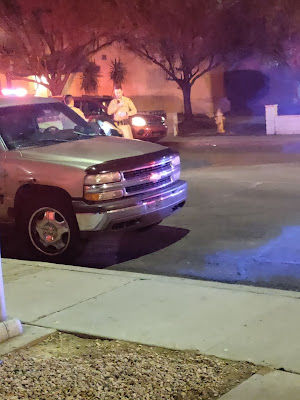 While they were here the police took pictures of whatever injuries he had on his body from her manhandling him. 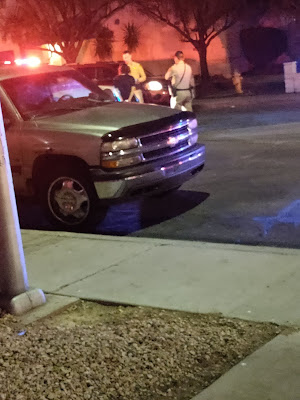 They were here for about an hour. 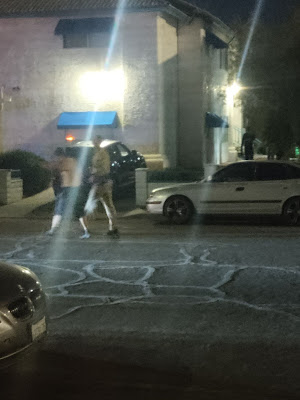 He showed them where they live and after they came back downstairs, the police talked to him a bit more. 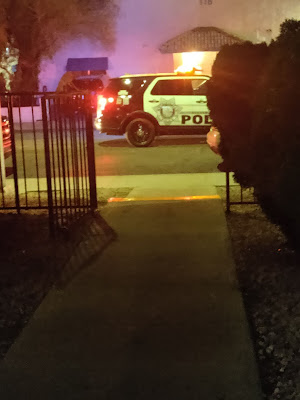 My daughter couldn't get a good picture of the police car from the bedroom window so she went outside to get this. The woman was arrested and taken to jail.
---- 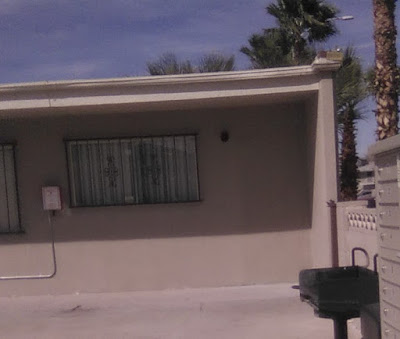 This used to be the leasing office for my apartment complex. They just sealed, plastered over and painted where the door to the office used to be. Lol I guess they really don't plan on having on site manager's here again. Wow.
I have a feeling that they are going to lease out the 2bdrm apartment that is attached to the small office. But I wonder if they are going to seal off the office door inside completely or lease it as a 3bdrm apartment and say the office room is a bedroom too. That way they can triple the rent for that one apartment.
It's actually just a 1 bdrm like all the other apartments here but one of the managers that had lived there remodeled one of the walk in closets to be a small bedroom for one of their kids. Thus making this a 2bdrm.
----
My neighbor who is off his medication did this for hours on Wednesday. We couldn't even keep the door open because he was so loud. I'm not trying to make fun of a guy with mental illness, I'm just showing what we're having to deal with while he lives 2 apartment's down from us. This is an everyday occurrence.
---- 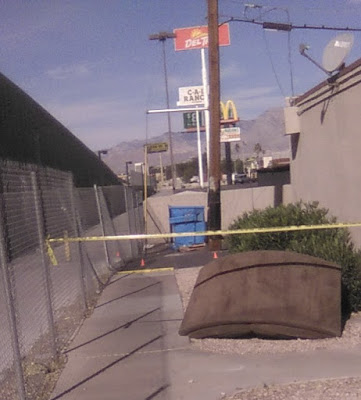 On Saturday morning I saw the police in my courtyard. When they saw me, they asked if I heard gunshots the night before. I said yeah but didn't see anything. They were looking through the bushes for shell casings because someone called and reported that someone shot at another guy.
The little orange cones on the ground are where they found shell casings. This is right at the end of my courtyard. I walk through here everyday down by the trashcan where there's a big hole in the fence so I can walk Falcor by the wall. 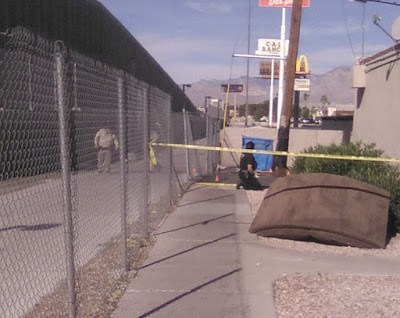 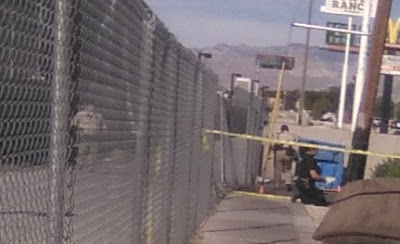 The night before, my daughter, grandson and I all heard gunshots at midnight. I looked outside but didn't see anything so I didn't call it in. But the police I talked to told me to call that in next time so they can come take a look. I hear gunshots around here quite often so I guess I'll be calling them a lot. I didn't see any blood on the ground so I have no idea if anyone got shot.
The police were digging through the bushes right there and finding shell casings. The police were on the left side of the fence looking on the ground as well. And yes, that's a love seat turned upside down right there. Drug dealer tried walking through the police tape to throw his love seat away but the police stopped him so he just left it there.
----
The high this week was 94F/34C
The low this week was 52F/11C
So that's it for this week's Apartment Hell  Life! Be sure to come back next week for more.
Posted by Mary Kirkland at 12:00 AM 57 comments