A Murder In My Neighborhood 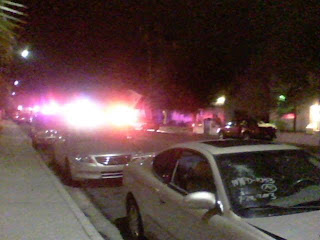 So you know how in the past I've shown you all that the police were on my street or the fire department showed up for a call on my street and it happens at least twice a month? Well on September 10th, 2013... someone went into an apartment across the street from me and shot two people..killing one.

Usually I stay inside and snap pictures of police cars from my bedroom window but it was just after midnight and Ken told me that there were 3 Fire Trucks and several police cars down the street from our apartment...so I went outside and snapped a few pictures not knowing what had happened. 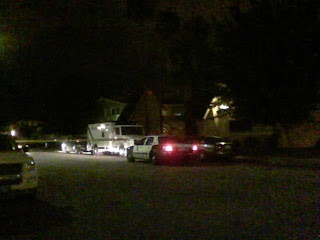 After the ambulance took someone away who had been shot, the CSI van and more police cars showed up. 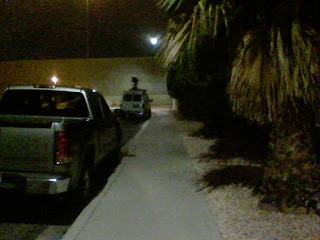 If you'd like to read an article I wrote about what happened on my street that night just click the link below.

A Murder on My Street

I Was Woke Up Early