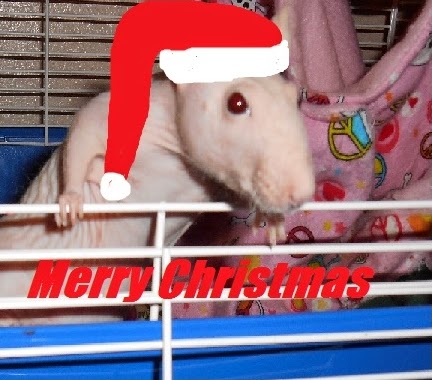 From my family to yours, I want to wish you all a very Merry Christmas.

(Flower is doing her impression of Ratty Claus)

Posted by Mary Kirkland at 1:00 AM 8 comments 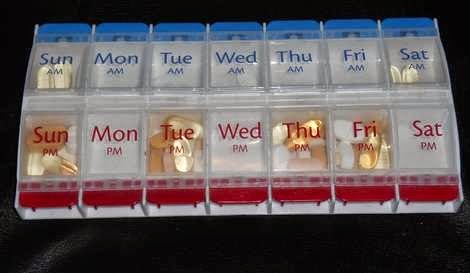 Drug resistance is a huge problem for HIV/AIDS patients because there are only so many antiretroviral drugs available for them to try. So why does the HIV virus become resistant to some drugs in some people?

What Causes Drug Resistance?
Resistance is caused by mutations in the genetic structure of the virus that can lead to the virus being able to keep replicating. HIV is one of those viruses that replicates really fast and some mutations in the virus can block the medications they are taking for HIV from working, thus causing resistance. If the medication doesn't stop the HIV virus from replicating itself then the person with HIV will see an increase in their viral load and a decrease in their CD4 count.

I know this first hand because my husband was diagnosed as being HIV positive 22 years ago this June. He has since been diagnosed as having AIDS when his CD4 count went down in the 40's and his viral load was up over 17,000.

Understanding The Lab Tests
If you've never had to deal with lab test such as these it can be daunting to understand what it all means. Here's a simple breakdown of what the three major tests are.

CD4- Also known as a T-Cell count is a test to tell how well your immune system is functioning. A normal healthy persons CD4 count would be anywhere from 600-1500. Anything below 200 in an HIV patient and they are considered to have AIDS. With a lower CD4 count also comes the risk of easily getting sick from germs and viruses that a healthy person with a strong immune system would be able to fight off.

Resistance Test- This test will determine whether the strain of HIV virus in your body is resistant to antiretroviral drugs.

This is why it's so important to take the medications everyday as prescribed. Missing doses can let the virus replicate and become resistant to the drugs.

I learned all this over the past 22 years listening to my husband's doctors, nurses and reading and researching the lab tests for myself. I'm not a doctor or a nurse so you should talk with your doctor about any questions you have. It's my opinion that everyone should be tested, even if you don't think you've ever been exposed to HIV. The sooner you start treating it the better off you are.
Posted by Mary Kirkland at 12:00 AM 3 comments