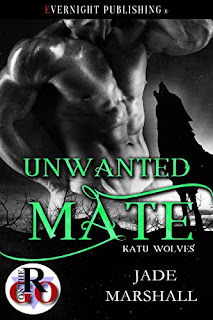 Book Description
Sapphire
Every shifter longs to find their fated mate. It's one of the greatest blessings the Goddess can ever give to a shifter. But sometimes even the Goddess can get it wrong. When your mate is your childhood bully, there must be a mistake.
Marc
I started to believe I would never find my fated mate and had already accepted it as fact. Then I found her. But the woman I want to claim is a grown-up version of a girl I tortured when we were children. I wish I could go back and change things but the past is set in stone. Is there any way for me to make this right?
My Review
When Sapphire goes back to her pack, she is hoping to have some quiet time and just get a long nicely with everyone. She, like other wolves hope to find their fated mate but when she runs into her old bully, Marc and realizes that he is her mate...she has a choice to make. She can either forgive him for how he treated her when they were kids or she can refuse him as a mate. If she refuses him as a mate, there's no telling whether or not she will find another fated mate. It's happened before but the odds aren't good.
At first she is just mad and is still hurt because of the way he treated her when they were kids. But after giving him a chance to explain himself and realizing that they both felt something for each other even as kids, she agrees to get to know him better before giving him her choice.
I can understand not being able to believe that the bully who was so terrible to you years before is now your fated mate and having to come to terms with that. I think I might have said no right away in that predicament. But fated mates are a blessing from the Goddess so she has to consider that as well. I liked watching these two try to get to know each other better and explain away how they treated each other as kids and why. I'm glad she at least gave him a chance to explain things. This was a fun, quick read.
I give this book 4 out of 5 stars.
Disclosure: I was given an e-ARC of this book via NetGalley but all thoughts and opinions are my own.
Amazon
Posted by Mary Kirkland at 12:00 AM 32 comments