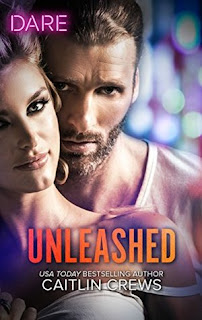 Notorious seducer Thor Ragnarsson runs the scandalous Hotel Viking in Reykjavik, where tourists go to fulfill their wildest fantasies. When straitlaced American professor Margot Cavendish gets snowed in while studying Icelandic sex culture, Thor challenges her inhibitions with some very hands-on research—soon she’s exploring every inch of his delicious body. It’s only one night of passion, but when the snowstorm clears they’re left aching for more…

I knew I had to read this as soon as I saw the heroes name was thor and he ran Hotel Viking.

Margot wanted to interview Thor but all of her calls to speak to him had been denied so she decides to just show up and see if he'll talk to her. She didn't expect to find herself snowed in at the hotel though. While all she wants to do at first is talk, interview him about his thoughts on sex, he has other plans. He wants to show her in person why he owns a sex hotel as she calls it. At first she says no, but he's persistent and soon she's following him back to a room.

Since they're at a sex hotel, I thought that it would be more exciting than it was. The sex between these two is mundane at best. It was nice for both of them but I wouldn't call it earth shattering. I was really thinking these two would blow the top off the building and leave me breathless but is was more luke warm if you ask me. 99% of the book is the one night they shared in his room and all the conversing back and forth they did.

I really like the idea of a pleasure hotel where people go to live out their fantasies. This place sounds like a lot of fun. These two not so much. The book was entertaining to read if you're looking for two strangers having sex for the first time and a lot of conversation. But if you're looking for a deep dark fantasy with lots of kink, look elsewhere because it's not here.

Disclosure: I was given this ebook for free via NetGalley but all opinions are my own.