I changed my Avatar

In case anyone is wondering, yes, I did change my avatar. I had a couple of people think I was a guy because I had Nick Knight from Forever Knight as my avatar and they said it didn't make sense to them that I didn't have a female avatar to represent me. So I thought ok, I've had the same avatar for many years. It might be time to change things up a little.

My my avatar, the picture that gets left behind on some comments used to be this.. 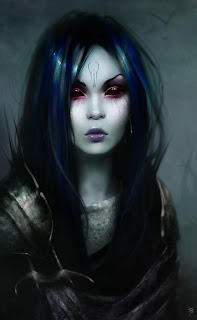 And is now this.. I happen to love this picture and saved it to use as an avatar in a forum but I'm gonna use it here.

Posted by Mary Kirkland at 1:49 AM 6 comments

A To Z Blogging Challenge: G Is For Gone With The Mail

No More Mail Delivery on Saturdays happening soon. Gone With The Mail...

So I heard recently that the post office is going to stop delivering mail on Saturday's starting in August. They will still deliver packages and medicine but letters, cards, bills, catalogs ect..will no longer be delivered on Saturday. They said it's because they are losing money because people pay their bills online, keep in touch online and they aren't making as much money anymore.

You know what? I started paying my bills online when my mail started going missing. I thought that maybe it was my mail carrier getting the mail out of the out going mail box in my apartment complexes mail box and losing it so I started going to the post office, dropping it off and thinking that it would be much safer that way...Wrong!

I sent checks in the mail to pay my bills and I would get calls from the companies like my credit card, my electric company and telephone company asking me if I knew I hadn't paid my bills yet. But I had...so I would have to pay EXTRA money to pay it over the phone, cancel the check I sent and hope that next month they actually got the check..and sometimes they didn't.

I had to stop getting the Netflix movie dvd's because 7 of them went missing over the two years I was getting the Netflix deliveries. I would get the red envelopes but the discs would be gone. Now I'm not saying the mail carrier stole them..ok maybe I was thinking that...Ok, that's exactly that I was thinking and when I got no satisfactory answers from the post office when I called them, I had to cancel my Netflix membership because they were going to start charging me for the discs if anymore went missing.

The post office said it was Netflix's fault because the envelopes were always ripping open.

My mail was delivered and is still sometimes delivered to the wrong address, I still get other people's mail in my mail box and I am nice enough to take it to them. I don't think it's too much to ask for the mail carriers to do their job and do it right. There are many days that I watch the mail truck drive right by my apartment complex and the mail carrier never even delivers mail to my side of the street. Now there's no way that out of the 62 apartments here, that no one got mail that day? They were just too lazy to deliver it.

If they are losing money it's because people got sick and tired of having misdirected mail, non delivered mail, stolen mail and mail that never makes it to its destination. They can't ask for more money for stamps every year and complain about how they are losing money when they aren't doing their jobs right. People might not have found another way to pay bills and keep in touch as much if they weren't worried that their mail was never going to be delivered.