I just want to throw this out there today for personal reasons.

The people who say they want no more drama in their lives are usually the ones causing all the drama in others lives but it's never their fault when the other person retaliates.

How's the for strange logic?


I just love how some people will say over and over that their side of the street is clean and they've not had anything to do with the people or persons who won't leave them alone but over and over again it gets proven that they are the ones who can't leave well enough alone either by posting more blog posts calling out a person BY NAME or by making sarcastic Twitter, fb or other social media posts that they think others won't understand.

These people are called Psychopaths/Sociopaths. They have no morals, no empathy, complete disregard for the feelings of others, lack of conscience, extremely manipulative, lack of guilt and is often accompanied by cruelty to animals as well as a failure to accept responsibility for his own actions. 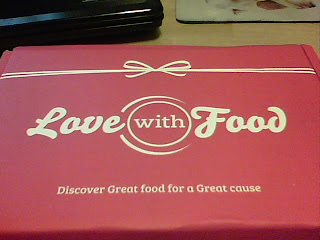 So about a month ago I saw a post on Fb about Love With Food and checked it out. A friend of mine had just signed up to receive a box of food samples and the 1st box was only going to cost a $2 shipping and handling fee.

If she liked the box and wanted more, all she had to to was not cancel the order and another box would come every month for $14.

So I figured, what the heck. A box of at least 7 different samples of food for $2. That's a pretty good deal for the first box and I can cancel it afterwards if I don't like it. I like trying new foods and I love little samples and these were darn near free *just $2* and I love that too.

So imagine my surprise when my introductory box arrived and in it I found... 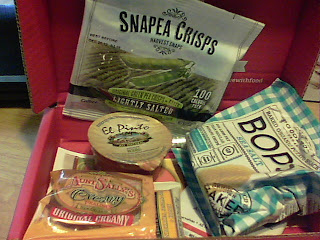 All Natural Salsa from El Pinto

So Ken and I started opening tiny packs of food and trying them. I opened the Waffle cookie and broke it in half and we stood there tasting it. Both of us were making faces and both said, "yeah, not good."

The Ken opened the sea salt crisps and he liked them, I on the other hand thought they had a really bad flavor.

We ended up trying a couple more things and I found that the only thing I really liked were the mints. We ended up giving our daughter a few of the things and are saving the spice rub for the next time we grill something on the bbq.

Now let me tell you, if I had paid $14 for this box of samples I would be a bit more than irritated. I'm not a health nut or anything and some of these things tasted really, really awful. The only thing in this box I actually liked was the mints. So of course I canceled my membership to make sure I wouldn't be charged for any more boxes. I don't mind the $2 I paid for this box, it's really not bad. But $14 for another box of similar things..I don't think so.

So if you've been thinking of giving this a try...I'd pass.