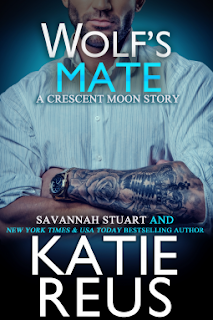 She wasn’t supposed to fall for him.

Erica’s time away from her pack was just supposed to be fun. Then she met Hudson. Instead of the no-strings attached fling, she ended up falling for him. But they’d promised each other that they’d keep things casual. Instead of risking her heart, she ran. Now she’s pregnant—and he’s determined to claim her. But the last thing she wants is to be an obligation to him.

Erica could never be a duty to Hudson, but for some reason that’s what she thinks she is. He tried to go slow, to give her space—so he wouldn’t scare her off. Now he realizes that was a mistake. It’s time for this wolf to claim his mate. Unfortunately a neighboring pack is stirring up trouble for his pack, and his she-wolf is determined to keep walls between them. Walls he intends to bring down once and for all.

Author note: all titles in the series can easily be read as stand-alones. There are no cliffhangers and each story has a HEA.

Hudson is second in command of his pack. He and Erica both wanted a no strings attached fling but she fell for him in the month they were together, fell hard. Hudson asked her to stay a little while longer but she figured if she stayed longer her heart would be even more broken than it already was going to be when she left. So she went back to her own pack after having taken some time for herself. Then she figures out that she's pregnant after getting sick. She panics a little because she doesn't think that Hudson wants anything more than a good time but once he finds out, he claims he wants more but it's hard for her to believe that he really wants her and not just because she's pregnant.

These two could have cleared up so many misunderstandings if they had just been open and honest with each other but that seems to be a problem with a lot of couples.

This was a short sweet PNR novella. Just the right length for me one day when I had a little time to spare. I have a soft spot for shifters and this was a great story.

Discloure: I was given this ebook free from NetGalley but all opinions are my own.