The Real facts On Marijuana


TUESDAY’S election was a victory for the marijuana lobby: Colorado and Washington State voted to legalize recreational use, while Massachusetts will now allow doctors to recommend it as medicine.

It’s a movement around which many Democrats have coalesced. In Colorado, legalization was part of the state party’s platform. And last year, in Montana, Republicans voted to overturn the state’s medical marijuana law, but the Democratic governor saved it with a veto.

But Democrats should think twice about becoming the party of pot. I’m a lifelong partisan Democrat, but I’ve also spent 25 years as a doctor treating drug abusers, and I know their games. They’re excellent con artists.

Take, for example, medical marijuana laws. They were sold to more than a dozen states with promises that they’re only for serious illnesses like cancer.

But that’s not how they work in practice. Almost all marijuana cardholders claim they need it for various kinds of pain, but pain is easy to fake and almost impossible to disprove. In Oregon and Colorado, 94 percent of cardholders get their pot for pain. In Arizona, it’s 90 percent. Serious illnesses barely register.

It’s possible that they all really do need pot to help them. But consider this: pain patients are mostly female, whereas a recent National Survey on Drug Use and Health found that adult cannabis abusers were 74 percent male.

So which one do marijuana patients resemble? Though only two states release data on gender, a vast majority of medical-marijuana cardholders are male. In Arizona, it’s 73 percent, and in Colorado, it’s 68 percent. The best explanation for such skewed numbers is that most medical marijuana recipients are drug abusers who are either faking or exaggerating their problems. No one should support this subterfuge, but especially not Democrats. It turns us into hypocrites. We fumed when President George W. Bush proposed gutting the Clean Air Act and called it the Clear Skies Initiative. That’s no more dishonest than calling pot “medical” when it almost all goes to recreational use.

Indeed, marijuana activists use phony science, just as global warming deniers do. For years they claimed pot was good for glaucoma and never apologized when research found it could actually make glaucoma worse. They still insist weed isn’t addictive, despite every addiction medicine society saying it is.

They’ve even produced their own flawed scientific studies supposedly proving that medical marijuana laws don’t increase use among teenagers, when almost all the evidence says just the opposite. How can Democrats criticize Republicans for disregarding science and making up facts when people on our side do the same?

Democrats know we need government regulation to protect the public from unhealthy products. But the marijuana lobby wants us to distrust two centerpieces of the regulatory state, the Food and Drug Administration and the Drug Enforcement Administration. The whole purpose of medical marijuana laws is to evade the regulatory power of these agencies. We’re the political party that got the F.D.A. to regulate tobacco. How can we now say it shouldn’t regulate pot?

Legalization also runs counter to the Democrats’ commitment to education. States with medical marijuana laws have always had much higher rates of teenage marijuana use, but now the effect is nationwide. Since 2008, teenage use has increased 40 percent, and heavy use (at least 20 times a month) is up 80 percent.

Blame the drive to legalize pot. It sends the message that weed is harmless, even though research shows that teenagers who use it regularly do worse in school, are twice as likely to drop out and earn less as adults. Teenage use has been shown to permanently lower I.Q.

No other drug, not even alcohol, affects academic performance like marijuana. How can we make education a focus, and then support laws that will blunt the next generation’s ability to compete?

Legalization would also undermine a successful Democratic program: drug courts, which were written into the 1994 crime bill by Senator Joseph R. Biden Jr. and signed into law by President Bill Clinton. They use coercion, the threat of jail, to keep addicts in treatment.

But the marijuana lobby opposes coercion. That’s not surprising. Drug users just want to be left alone to get high. If we side with them, we’re undercutting the Democratic answer to substance abuse.

In effect, America now has two tea parties: on the left they smoke their tea; on the right they throw it in Boston Harbor. Both distrust government, disregard science and make selfish demands that would undermine the public good. But while Republicans have completely caved in to their Tea Party, several Democrats, including the president, are standing up to ours.

Ed Gogek is an addiction psychiatrist and board member of Keep AZ Drug Free, which opposes medical marijuana laws. 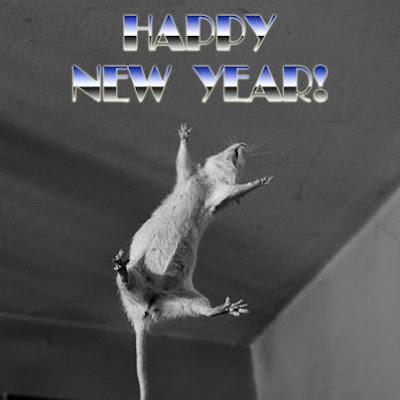 Hope everyone has a great and happy new year.

I've had good and bad days this year.

The good... I found out that I'm going to be a grandma.
I adopted 4 new ratty's.
I passed the half a million mark on views on my articles.
I found some great new books.
Made some great new friends.

The Bad...Had to cut ties with several trouble makers.
Our health isn't as good as it used to be.
Lost my Heart Rat, Jasper.
Also lost my little rat, Brodie.

I can only hope this next year is better than this year for me and for everyone else.
Posted by Mary Kirkland at 12:53 PM 2 comments

When Do You Take Down Your Christmas Decorations? 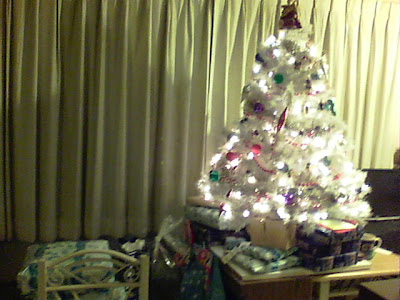 Do you take your down the day after Christmas or are you like me and leave them up for a few days?
Posted by Mary Kirkland at 1:30 AM 4 comments