This week the police were at the other end of my street at 6am. I was walking Falcor and spotted the police down the street. I don't know what went on down there but they had that whole end of the street blocked off for 2 hours. 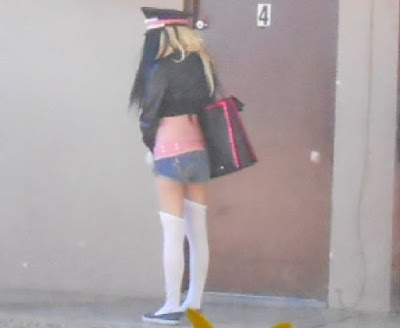 If you follow me on FB or Twitter you might have seen this picture I posted on Wednesday. This girl was walking in my courtyard and finally went to someone's apartment. It's 57F here, not at all the weather for booty shorts and whatever else she was wearing. But quite a few men came outside to look while she was walking around. That's some getup though.