So of course the police were on my street again this week. Picture taken from my bedroom window. I heard someone knocking really loudly on the neighbor who is right across from me and saw the police go into his apartment. So I looked out my bedroom window and sure enough, police cars.

We're friends with the couple that lives there but they don't get along well because the wife has an untreated mental illness and calls the police on her husband all the time for no reason. It's actually been a while since this happened but he said he came home from work and had brought a co-worker home with him for a minute. The wife didn't like the stranger coming over so she walked outside and called the police. The police came, he and his friend left and she went back in the apartment and the police left. 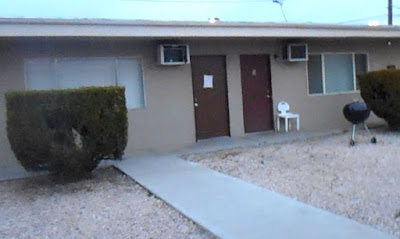 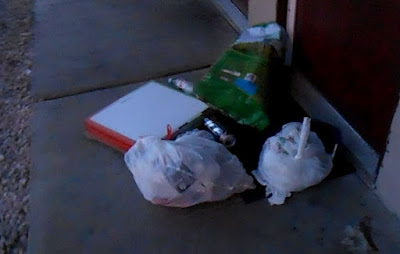 Then Thursday morning the guy in this apartment left all of his trash out in front of his door. When someone told him to pick it up because it was going to cause ants, he kicked it out in the rocks and the porter picked it up when he came by to pick up any trash on the grounds. I just thought it was rude and selfish to do that.