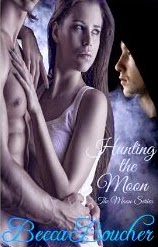 A year after the murder of her husband, Lilly Lawson is still plagued by nightmares that have pushed her back into her adolescent habit of cutting. Even worse, she starts to see and communicate with her husband’s ghost. When she goes to the sentencing for the man convicted of the crime, she finds herself captivated by the killer's brother.
Daemon Kelly has returned to their small town after a long absence to care for his elderly mother. He also has to face the whispers regarding his brother's crime and his own alcoholism. When he comes face to face with the widow of the man his brother killed, he feels an intense need to protect her, but from what, he doesn't know.
When the two fall in love it is anything but easy. Aaron Lawson is intent on coming back and claiming what is his. And the closer Lilly and Daemon get to Aaron's ghost, the more they unravel the truth about why he died in the first place. Piecing together bits of ancient Celtic lore, can they find a way to help Aaron's soul find rest?

Lilly has been having nightmares ever since her husband was killed, but that hasn't stopped Aaron from coming back from the dead to visit his distraught wife.

I wasn't sure what to think when I first started reading this book. Is Lilly just grieving and distraught over the murder of her husband or is she just mentally unstable and that's why her husband  keeps showing up to her. But I soon realized that it's not just Lilly that can see Aaron, so he must be a ghost. Frankly this guys ghost was freaking me out. Some of the things he was saying to her made me think he'd rather have her dead and be with him than with anyone else, which is just freaky.

There are a couple of secondary characters but the one that stands out the most is Lilly's best friend, Kat. There's just something about this woman that I disliked right from the very beginning. You know how you can just tell when a person is being fake? The fake compliments, fake empathy and backwards sarcasm. I really disliked her from the very beginning and just had a bad feeling about her.

I really like a book that has plot twists in such a way that the story flows well but I can't tell where the story is leading so I'm left guessing as to where this story will end up. This one kept me guessing until the end and I loved it. I didn't realize that this was the authors first book until I read the author's bio. You can't tell it from this book at all. This book reads like it was written by a decades old, well established writer. The story flowed, the story line kept me intrigued and the mystery kept me guessing.

If you like paranormal romance, ghost stories or just a great mystery then this book is for you.

Disclaimer: I was given a free ecopy by the author in exchange for an honest review.