Does Your Child Have A Favorite Stuffed Animal? 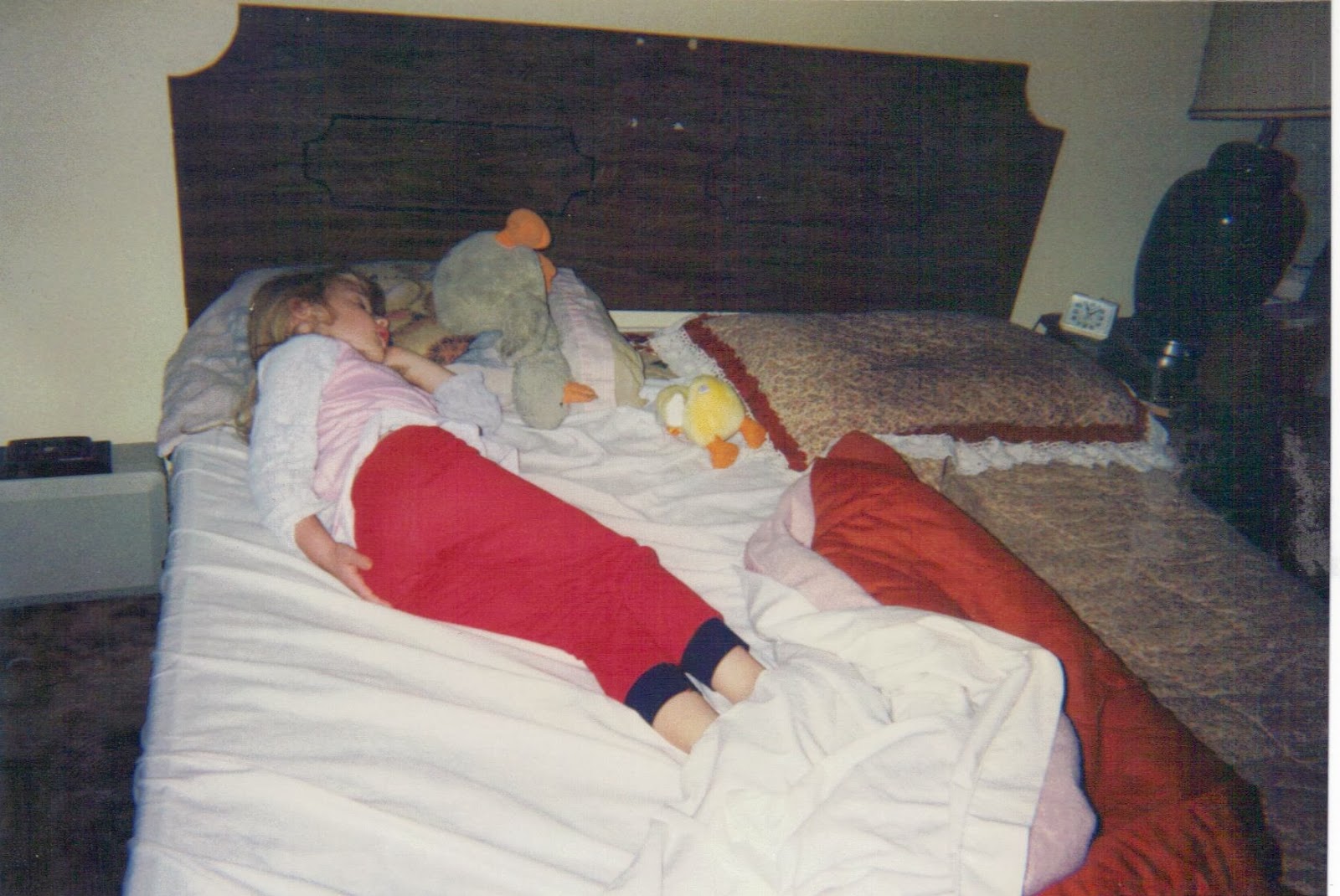 Because Easter is coming up next month and a lot of kids will be getting stuffed animals, I thought this would be an appropriate time for this blog post. When my daughter was little, she had an obsession passion for all thing ducks. When she was just a couple of year old she was given her first stuffed duck and she carried it around for a couple of years. It started getting really dirty and even though I washed it and sewed it back together I don't even remember how many times, she loved it. But once it was no longer going to stand up to another round in the washing machine and it started smelling like something that just came out of the garbage dump, we knew we were going to have to do something.

So we made it a game. The new duck game. We bought her a new duck at easter and told her that the old duck had to go in a box that we would put in the closet. And believe it or not, she went for that. I guess she liked the idea of a new duck surprise. It got to be the 'thing' we did every year at Easter. We would go looking for just the right duck to replace the old one with and we put the old one in the dirty duck box. When my daughter turned 21, I gave her that box of dirty ducks and she thought it was the coolest thing. 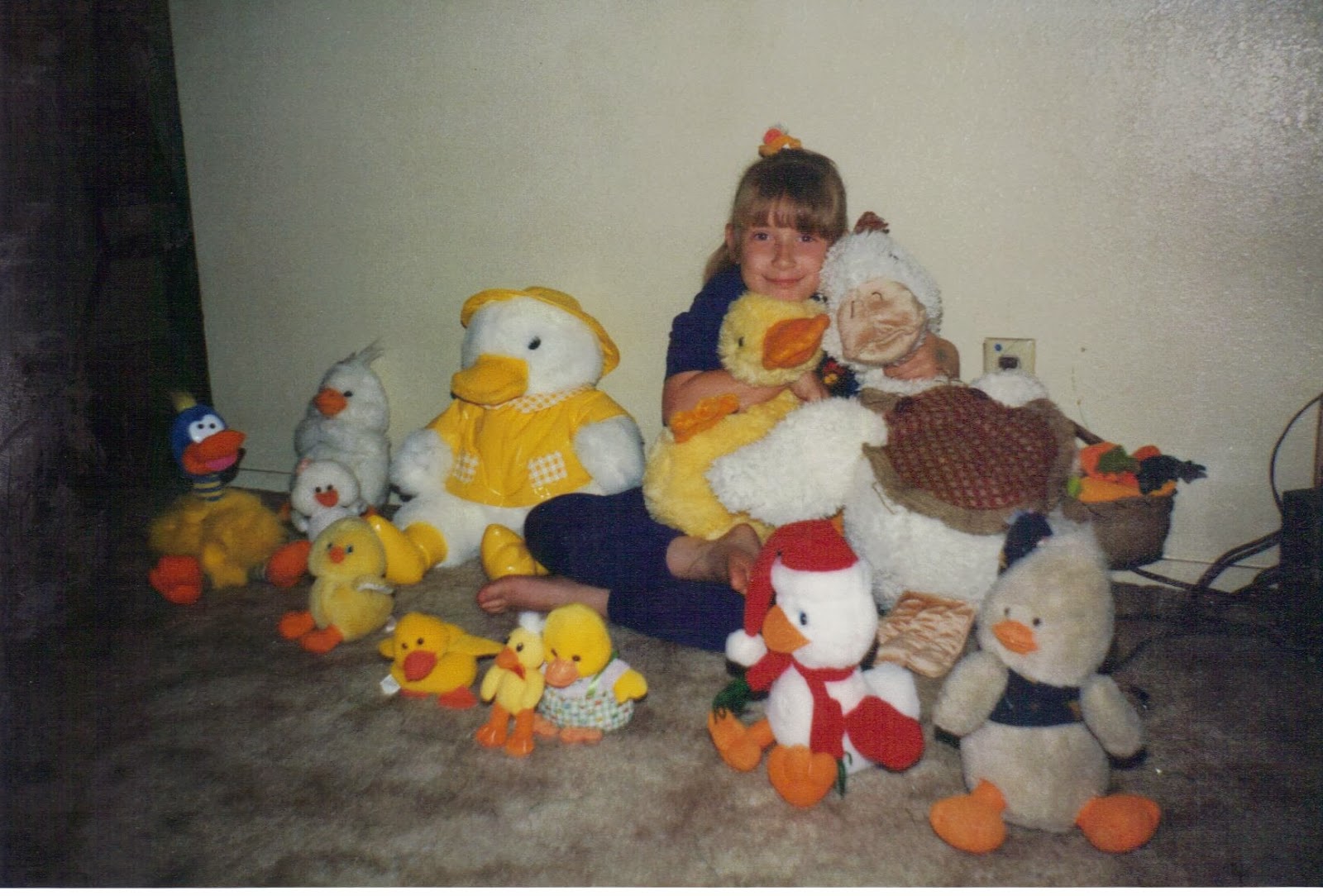 You could always tell which one was her favorite because it was the dirtiest one. lol That little one in the right front corner was her favorite that year. This was her duck collection. Like I said, she loved her ducks. She even got me in on her duck shenanigans. 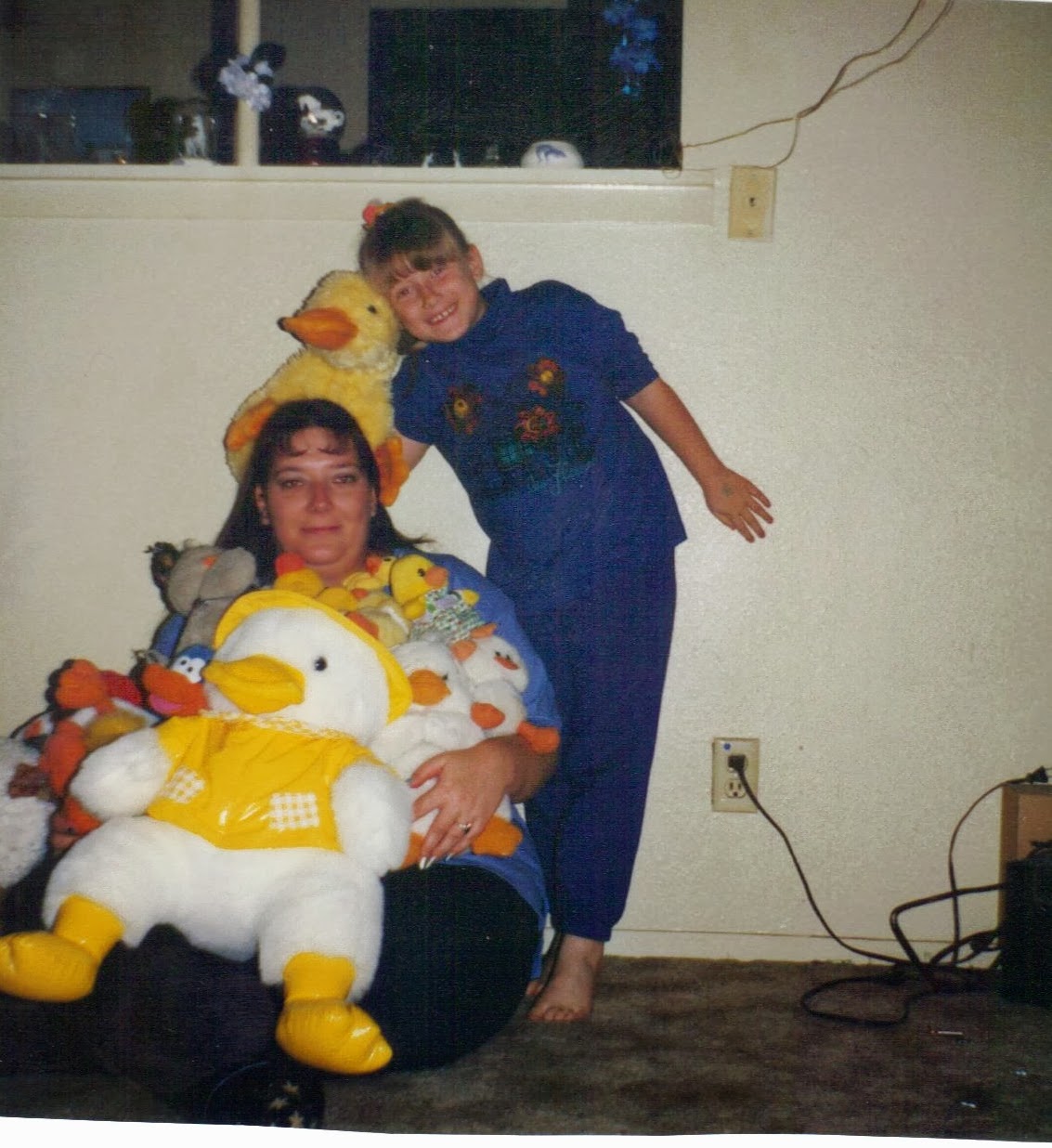 Everyone knew to give her some sort of duck for easter so she had a lot of them. She even got a duck umbrella one year. It was so cute. 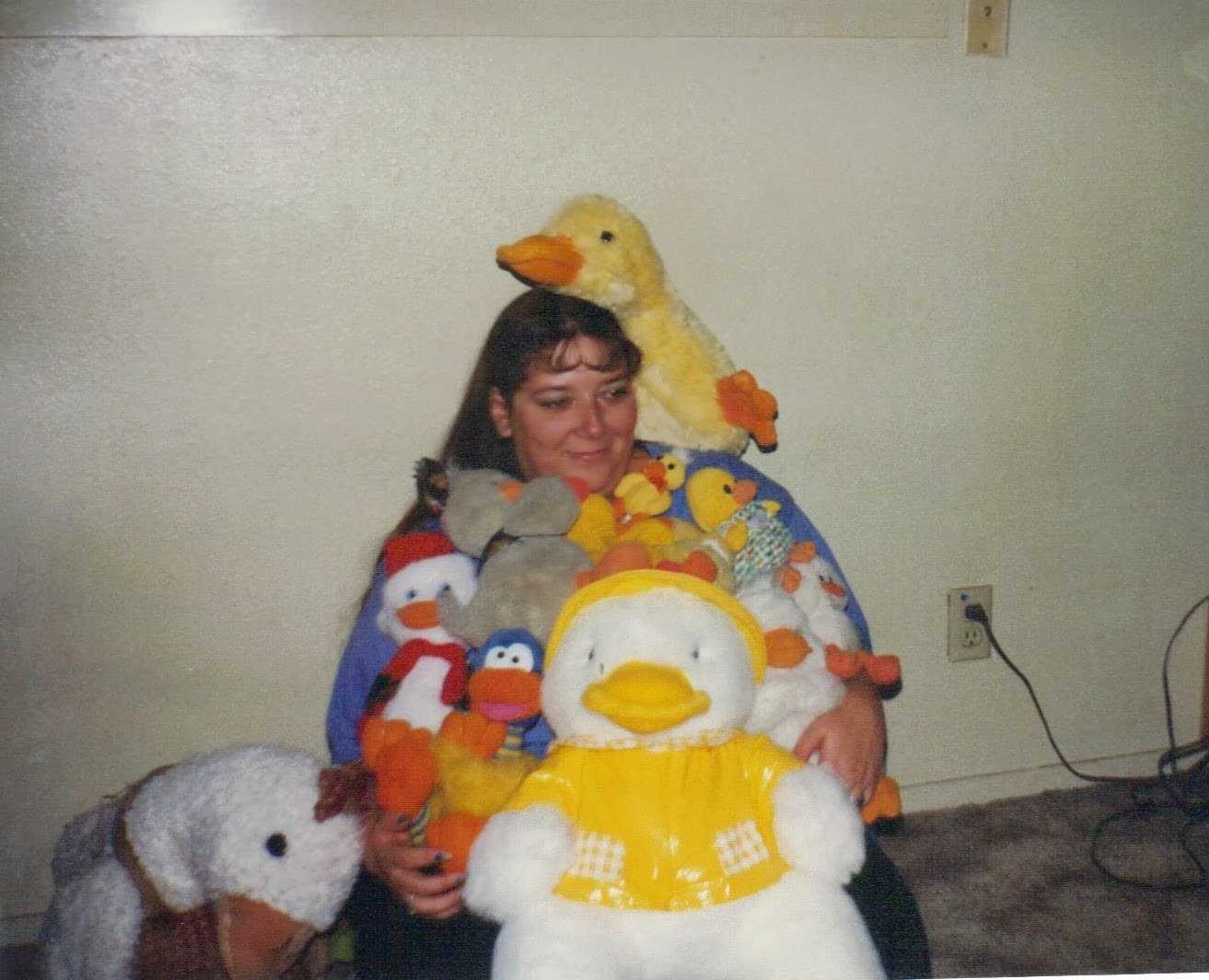 She thought it was hilarious to pile them on me and takes pictures. 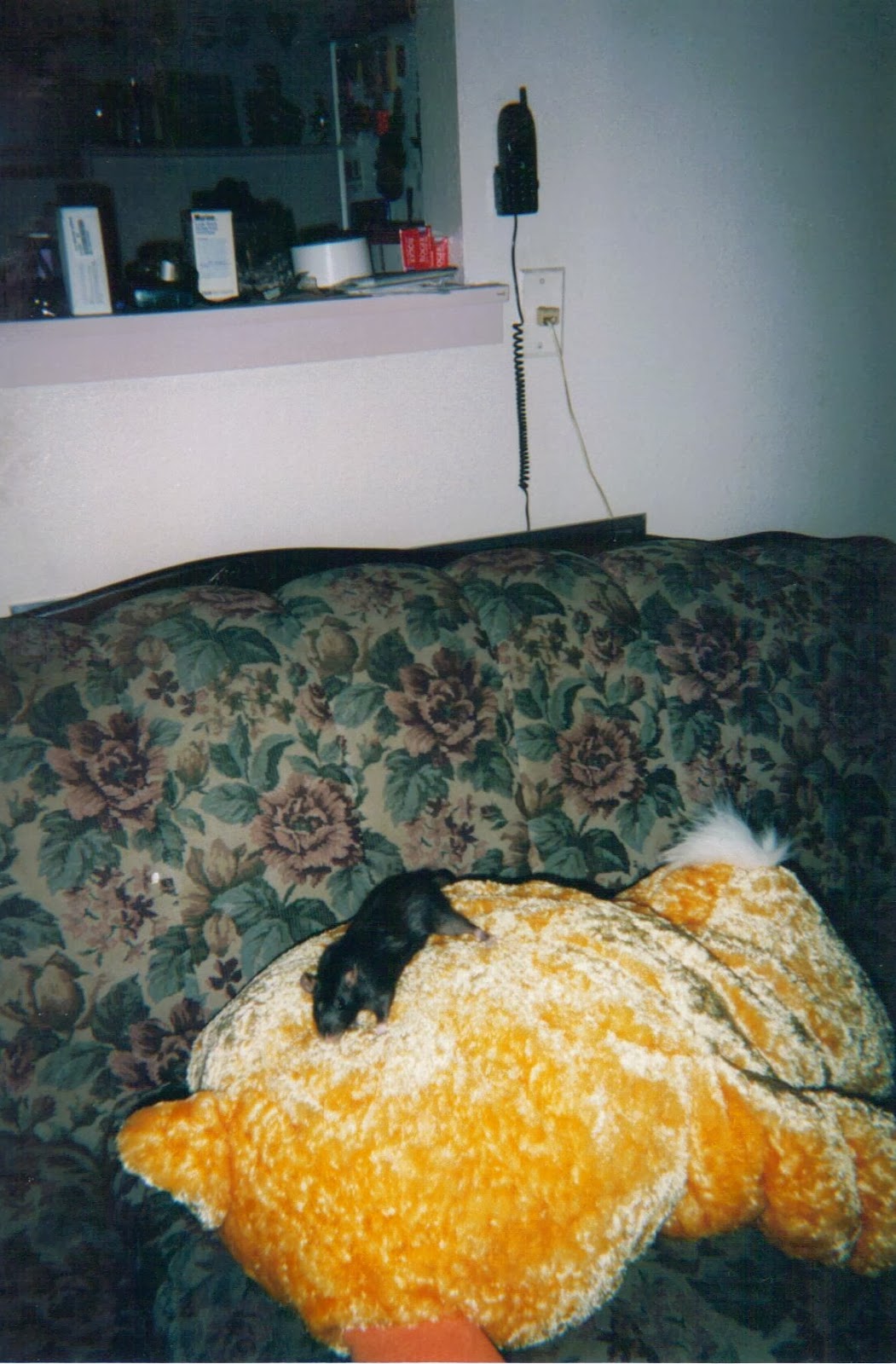 Romi, our first rat even got to play with the ducks.

Di you have a special stuffed animal, does your child?