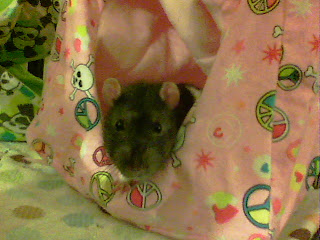 I bought a new fleece cube and bunker hammock for the big cage since they tore up their last one. Here's Bandit getting comfy in the cube. 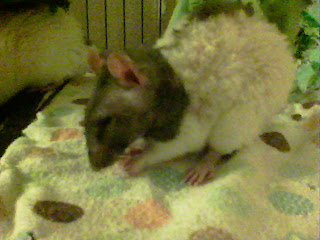 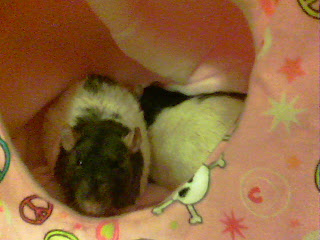 Marbles giving me the stink eye and bandit in the back with him. 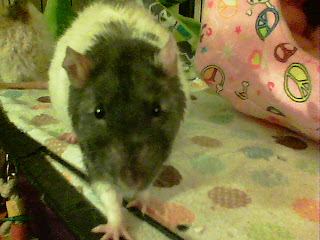 Marbles coming to let me know if I'm gonna take pictures I better bring treats too. 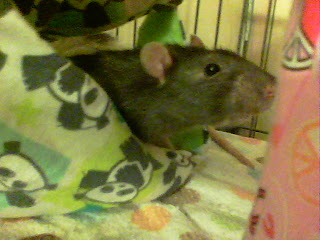 Bandit checking out the bunker hammock. I think he approves. 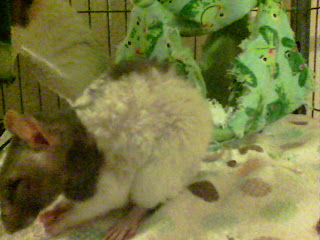 This is Patches with the old Bunker hammock in the background. As you can see they needed a new one because they tore that one all to heck. 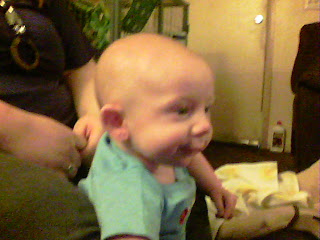 My grandson, Logan. He's 3 months old now and about 15lbs. He is always wanting to stand or try to stand up. He's such a cutie.