My two all time favorite series both have books coming out soon. If you haven't read either of these series and you like PNR (Paranormal Romance) you are really missing out on two seriously great series. While I was looking into Dark Lycan I saw that another book in the series, Dark Wolf is coming out in January! I could not be happier. 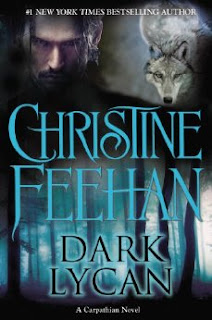 Tatijana of the Dragonseekers spent centuries encased in ice with her sister, trapped in limbo between life and death, never speaking to a soul other than those who tormented her. Now, she has been freed from her frozen prison by an unknown descendent. Awakened in human form, Tatijana yearns to explore the modern world in which she now lives—a world with more mysteries than she is prepared for.

Fenris Dalka has returned to the Carpathian Mountains after a long absence to be with his brother. He is scarred by centuries of battle, and every hard-won victory. But the real reason for his return home could prove deadly if discovered by the wrong man—or woman. Upon his arrival, he is compelled by a beautiful and enigmatic stranger who carries the scent of fresh earth, of forest, of the night itself.

In time Tatijana and Fenris will discover all that unites them—their secrets and pasts, their predators, and the hot flush of passion that stirs their souls. Yet just as surely, seduced into the silvery darkness of a full-moon night, they’ll also discover everything ancient and evil that exists to destroy them. 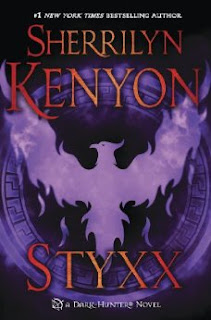 Book Description
Sherrilyn Kenyon's most highly-anticipated novel in the Dark-Hunter series since Acheron is here—the unforgettable story of Styxx, Acheron's twin brother and one of the most powerful beings on earth

Just when you thought doomsday was over . . .

Centuries ago Acheron saved the human race by imprisoning an ancient evil bent on absolute destruction. Now that evil has been unleashed and it is out for revenge.

As the twin to Acheron, Styxx hasn’t always been on his brother’s side. They’ve spent more centuries going at each other’s throats than protecting their backs. Now Styxx has a chance to prove his loyalty to his brother, but only if he’s willing to trade his life and future for Acheron’s.

The Atlantean goddess of Wrath and Misery, Bethany was born to right wrongs. But it was never a task she relished. Until now.

She owes Acheron a debt that she vows to repay, no matter what it takes. He will join their fellow gods in hell and nothing is going to stop her. But things are never what they seem, and Acheron is no longer the last of his line. Styxx and Acheron must put aside their past and learn to trust each other or more will suffer.

Yet it’s hard to risk your own life for someone who once tried to take yours, even when it's your own twin, and when loyalties are skewed and no one can be trusted, not even yourself, how do you find a way back from the darkness that wants to consume the entire world? One that wants to start by devouring your very soul? 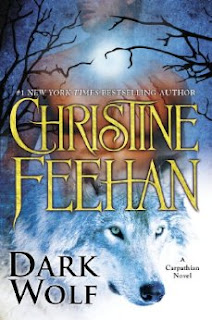 In Dark Lycan, Christine Feehan journeyed into the heart of the Carpathians, and into the souls of two lifemates stirred by the flush of passion and the threat of annihilation. In Dark Wolf, the breathtaking story continues as the bonds of family are imperiled, and the fate of two lovers lies hidden in the seductive shadows between life and death.

Skyler Daratrazanoff always recognized the miracle that was Dimitri Tirunul, a man beyond any dream that had ever engaged her nights. But she was human. Vulnerable. He was Carpathian. Nearly immortal. She was nineteen. He was an ancient. Yet she held half his soul, the light to his darkness. Without her, he would not survive. Caught between the two warring species, Dimitri has spent centuries hunting the undead to keep his people free, and humans safe. He had survived honorably when others had chosen to give up their souls. But now, marked for extermination by the Lycans, Dimitri found himself alone, and fearing for his life. But salvation was coming…

No Lycan would ever suspect someone like Skyler to dare mount a secret rescue operation. A teenage girl. A human of untested abilities. But she had something no one else had. She was predestined for Dimitri—as he was for her. And there was nothing stronger for Skyler than her desire to see her life-dream come true. Whatever the risk.