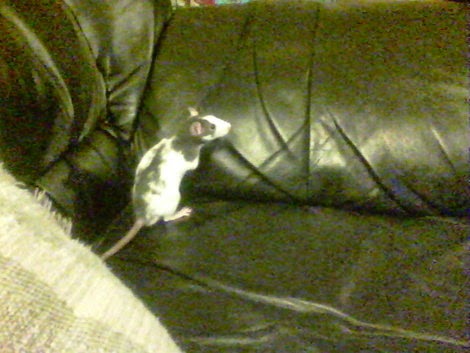 *Lucky when he was a baby*

I've had many rats and other small animal over the past twenty years and most of them have been given to me by their owners who for whatever reason could no longer care for them. My daughter's friends know that if I am able I will take in and care for the animals they no longer can take care of. I don't usually advocate buying pets from pet stores because I think adopting from reputable breeders, rescues and shelters are a much better place to find a forever pet but this was a special case.

How I First Heard About Lucky
Right after Christmas of 2012 my daughter got a call from a friend who worked in a pet store and told my daughter that they had a tiny disabled rat that the store was refusing to sell because he only had three legs. So if no one came in to adopt him (for free) in the next couple of days they were going to euthanize him or use him as snake food.

My daughter called me and asked me if I could take in another rat and after she told me his story I happily agreed. My daughter and her boyfriend went down to the pet store a couple of days later when the store would allow him to be adopted and she signed the papers to get him for me on January 2nd, 2013.

When my daughter brought him to me I could see he was barely weaned and so tiny he could have been a mouse. I had a cage all set up for him and we gave him a day to get used to his new surroundings. 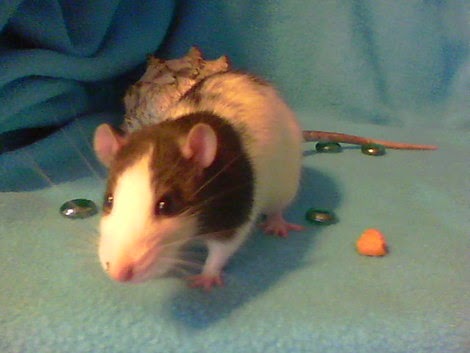 At first he ran away from our hands and would not let us pick him up. We have no idea how he was treated in the pet store but he was not used to humans at all. After giving him some treats and allowing him to sniff our hands we picked him up and put him on the couch with us so he could get used to us. After a few days he would jump in our hands as soon as we came close to him and he always loved coming out to play. 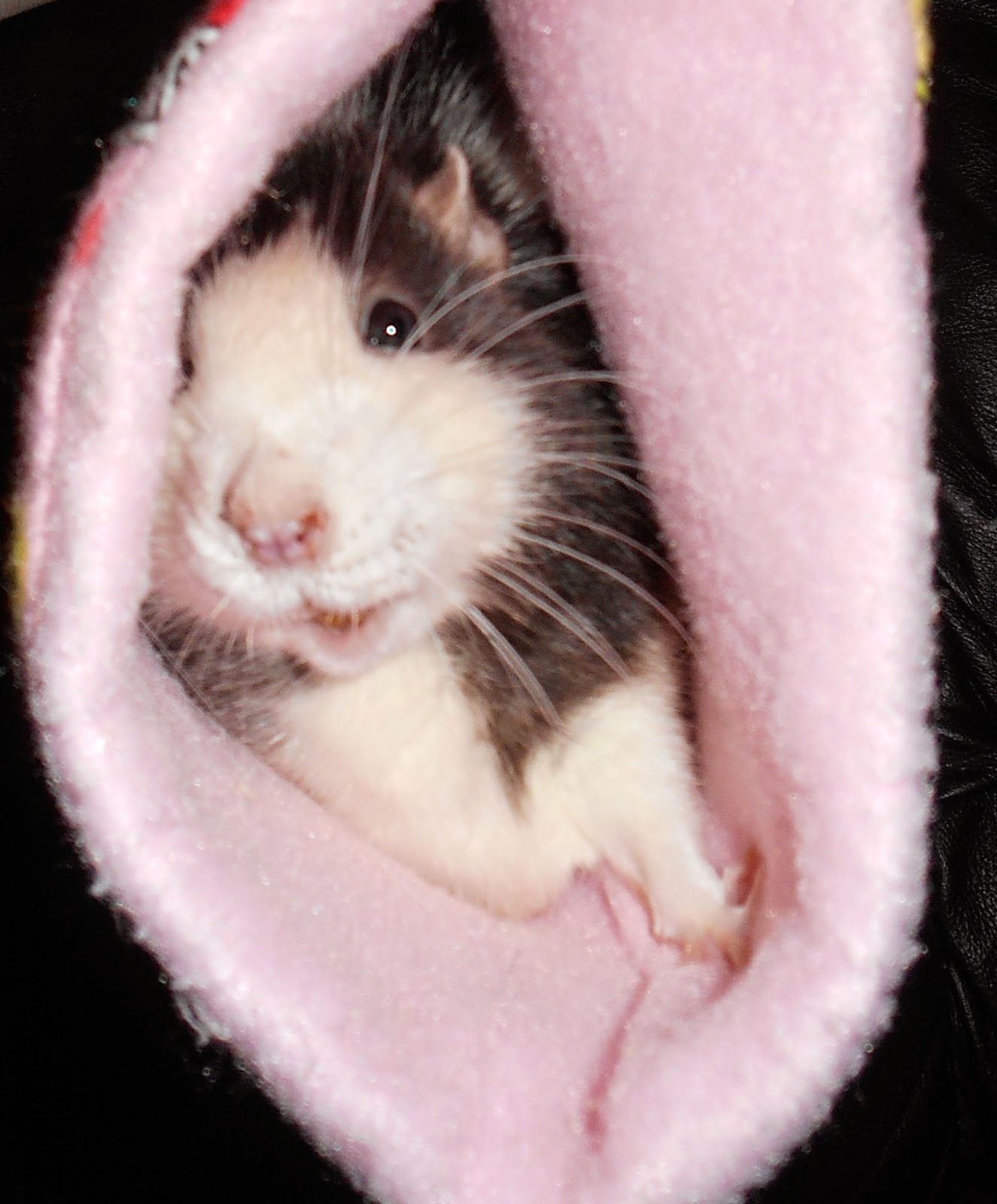 He lived to be almost 2 years old and he was the sweetest, most friendly rat I've ever had.  He ran, jumped, climbed and his disability didn't slow him down at all. 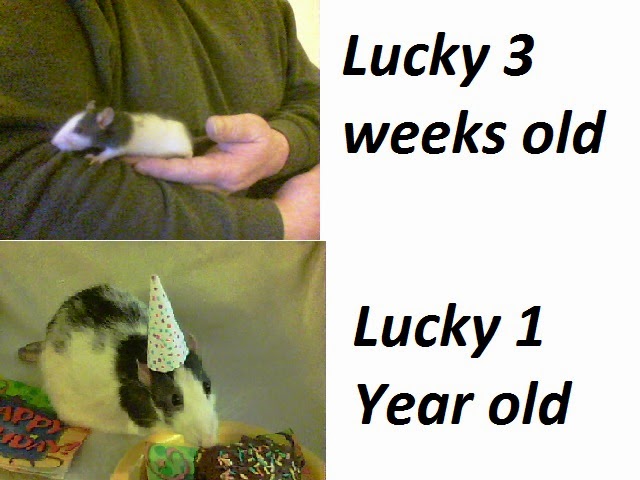 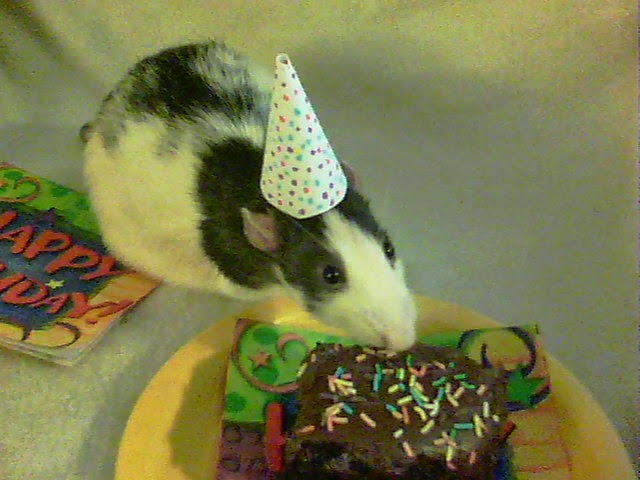 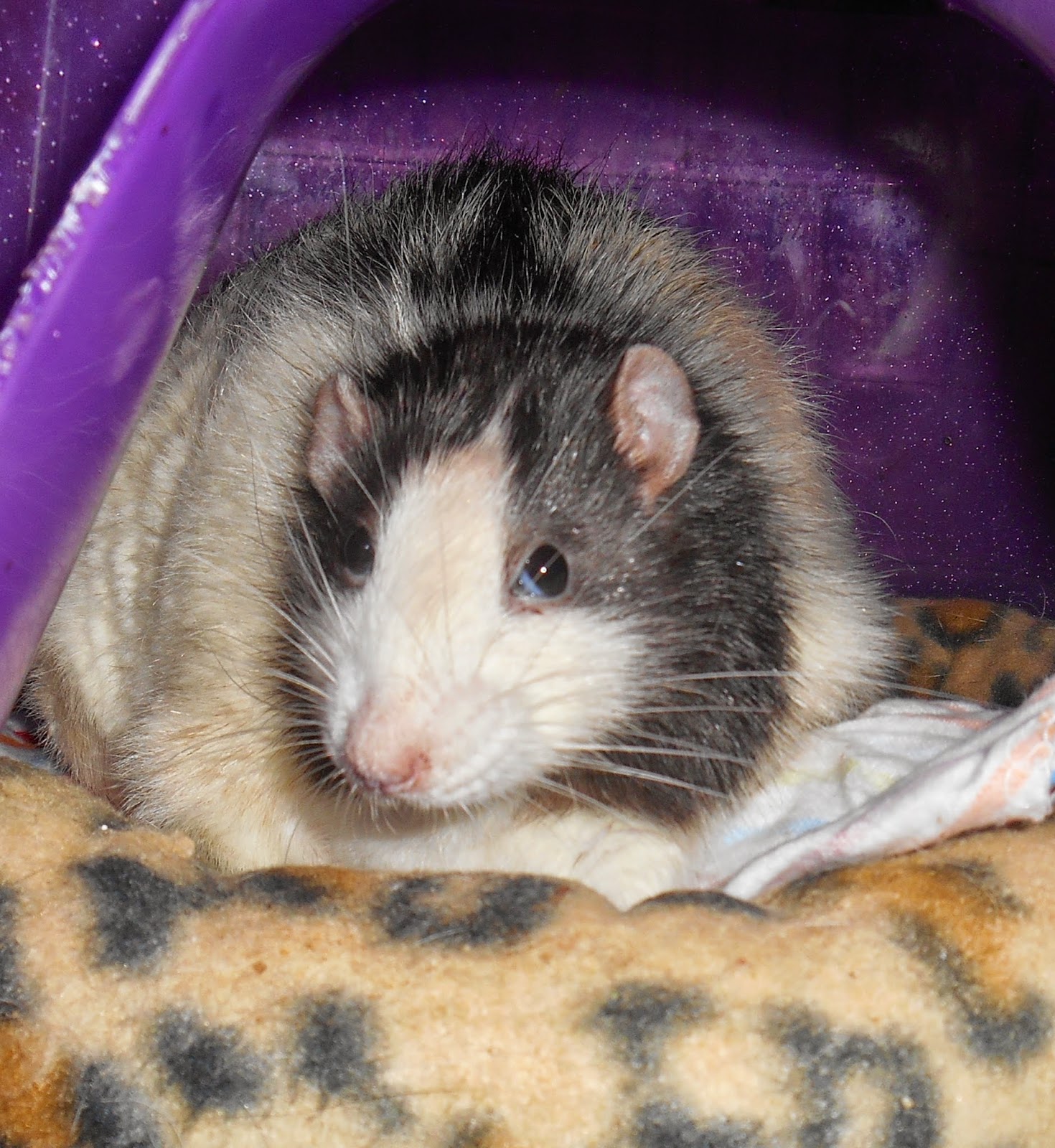 Lucky was my heart rat, meaning we just clicked and I loved him very much. He was always so affectionate to everyone and gave kisses every single time he saw us. He loved coming out and being held by us while we watched tv so when he unexpectedly had a stoke and lost his eye sight and went down hill as fast as he did, I was completely heartbroken when he passed away.

I am so happy we rescued him and that he was in our lives for almost 2 years, I'm very happy to have been his human.

The next time you find yourself looking for a pet to adopt, don't pass over the 'special' pets. Animals with special needs and disabilities need and deserve forever homes too and a lot of times aren't anymore work to care for than an animal who doesn't have special needs.
Posted by Mary Kirkland at 12:00 AM 11 comments