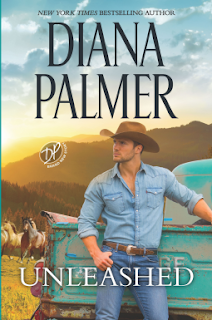 She vowed to never trust another man…until she met him.

Clancey Lang knows how to run. She’s been doing it since the day she fled her abusive home to save her and her younger brother’s lives. That was the same day she decided to never let herself depend on anyone else. Especially men. Though she’s tempted—mighty tempted—to put her faith in her boss, ruggedly handsome Texas Ranger Colter Banks. If only he would look her way…

For far too long, Colter has been distracting himself with women he knows will never fully satisfy him. But there’s something about his pretty assistant, Clancey, that he simply can’t resist. Something slowly but surely drawing every ounce of his attention. But is he falling for a woman who’ll never let herself be caught?

Clancy was young when her parents died, but she still had her grandpa and her younger brother until her grandpa disappeared. Her step brother was down right mean as hell to both her and her little brother but he's been in prison for a while for what he did to them. Because of what happened she's gun shy around men. But she comes to trust Colter, her boss when he takes care of her when she gets sick.

Colter has been burned in the past and still pines away for the girl that got away but when he finds out that Grace is coming back, he thinks he might have a chance with her and he thinks that's what he wants. Then he gets closer to Clancy and her brother and finds he has feelings for her even though he thinks she's too young for him.

When Clancy's step bother is about to get out of prison and come back to the house that she and her brother are living in, she knows that she has to get out fast. But she doesn't make enough money to find a place which puts her in a tough spot. But she thinks she has all her bases covered and her step brother won't be able to get at them when he gets out. Only problem is she was wrong and her step brother tries to get revenge for her putting him in prison. Thankfully things work out in her favor that time but that doesn't stop him which puts her and Tad in even more danger. Her step brother is hell bent on getting revenge for her testifying against him and even goes so far as to threaten others to find out where she's hiding.

Clancy's grandfather has been missing for years and is presumed dead which was sad. Helping Clancy has brought her and Colter closer together and I was rooting for them. They make a great couple. He's exactly what she needs and she's what he needs even if he doesn't realize it yet. There was enough action, bad guys and romance in this one to keep me entertained.

I've been a big fan of Diana Palmer since I started reading her books 20 years ago so I was excited to get this one.

Disclosure: I received a free copy via NetGalley but all opinions are my own.