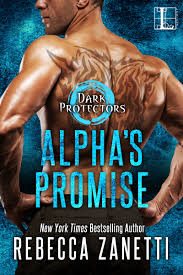 Though he has vampire, demon, and Viking blood rushing through his veins, Ivar Kjeidsen’s soul-crushing trip to hell broke him in ways he can barely fathom.  One vow keeps the deadly immortal standing: To rescue the vampire brother who had sacrificed freedom for him.  To do that, Ivar needs the help of a brilliant physicist with wary brown eyes, fierce brilliance, and skin that's way too soft.

Dr. Promise Williams understands the underpinnings of the universe but has never figured out the human beings inhabiting it.   Her function is to think—and not feel—until she’s touched by a vampire who’s nowhere near human. The primal hunger in his eyes awakens feelings in her that defy calculation. As she shows him the way to step between worlds, he brands her with a pleasure that could last more than a lifetime . . .

Promise is a physicist and one of the best in her field and because of this she's just been put at the top of a hit list. When scientists start getting murdered, Ivar and his team know they have to protect Promise. But Ivar jumps the gun and scares Promise when all he's trying to do is make sure she's safe.

Ivar is half demon, half vampire...viking and one hundred percent badass. His head might not be screwed on right after being in a hell dimension but he knows that he has to keep Promise safe whether she wants him to or not because she is their key to rescuing their brother from a hell dimension.

The bad guys are after promise which puts them all in danger but Ivar is really good at keeping her safe. Watching these two get to know one another was really fun. It was interesting to see Promise get to know the other members and mates of Ivar's team. They all seem to get along really well and they were really welcoming which is not what I was expecting from vampire, fae, demon type people. There was also a bit of a twist in regards to one of the bad guys but I kinda knew who the idiot was and knew he was going to turn out to be a bad guy. There's an underlying storyline that continue throughout this series and now that I've read this book, I need to know what happens next. I'm well and truly hooked but it was a really good story so I'm sure the next book will be just as good.

If you haven't read the other books in this series, which I haven't, you're going to be a little confused about the other dimensions/worlds that they talk about in this book but I was able to pick up on what was going on pretty fast. I will say all the math talk did get a little boring at times but I understand why it was in this book, I mean Promise is a physicist and extremely smart. She't trying to find a way to save someone on a hell planet using math, so of course math is going to be a big part of this book, doesn't mean it didn't get a little boring to read though. While there is a lot of astrophysics talk going on in this, the author made it easy or at least somewhat easy to understand what they were talking about. I love Rebecca Zanetti's books so I knew I wanted to read this one out of order and just read the other books when I have a chance to.

Disclosure: I was given this book for free via NetGalley but all opinions and thoughts are my own.