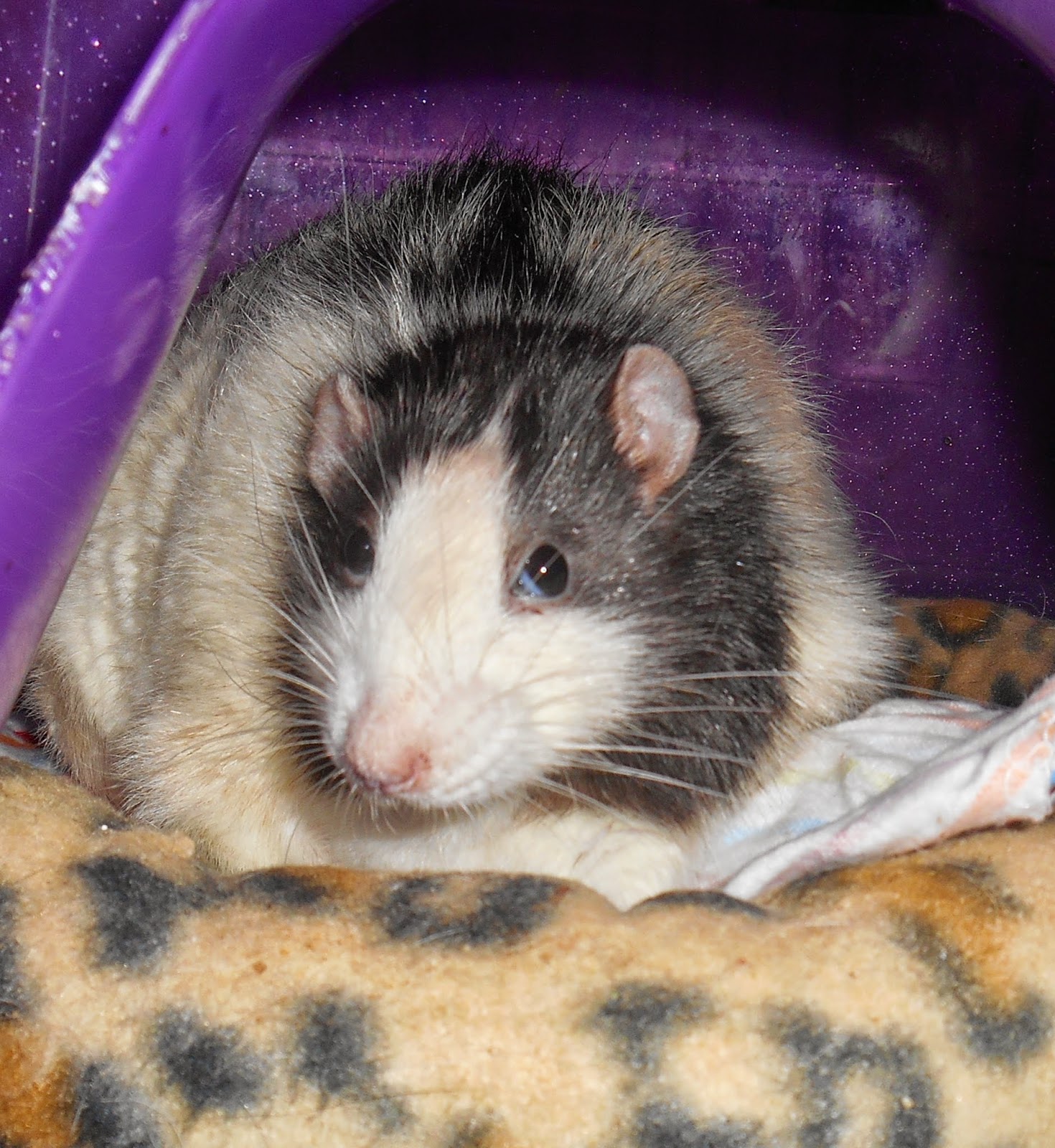 Lucky has been acting strange, not like himself at all for the past 6 days. The vet thinks Lucky had a stroke and is now completely blind and has lost most of the use of the only front paw he has. He can still use the front leg but he isn't grasping anything with his paw.

I knew something was wrong but this...I just want to cry. All his 3 legs are working thankfully but he no longer uses his front paw to grasp his food and his head turns just a little to the side when he eats. We're hoping that with some exercise and physical therapy at home that he will be able to use his front paw a little more.

The good news is he's still eating and drinking with some help and his legs are still working. His personality changed because he can't see and is probably scared, confused and he's irritable and doesn't like to be held as much as he used to. But I'm just going to keep giving him loving, keep trying to hold him and get him to eat more on his own. I had been spoon feeding him food a few times a day but things started looking up yesterday when he stuck his head out of his igloo and ate some of the food I left in front of the house on his own. But he doesn't want to come out of his igloo, it's like he's scared to walk around. I take him out hold him and when I put him I back I sit him down outside his igloo and coax him to the opening and let him find his way so he'll get used to sniffing and feeling his way around and memorize his cage.

The prognosis is good but there's really nothing else the vet can do. I'm still frazzled by this news. His personality has changed a bit. He doesn't give kisses like he used to. He used to lick our hands every time he was near enough to do so. He doesn't run to the front of the cage when he sees us and he's bit me twice because he doesn't want to be petted or handled as much anymore but we are still trying because the more we hold him, pet him and get him to walk around the more he will adjust to his new circumstance.

He's already better than he was the first two days after the stroke but it's going to take time.